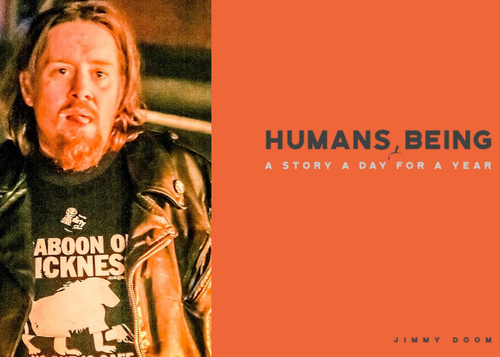 If you hang around Detroit long enough, sooner or later you’re likely to meet Jimmy Doom, mainly because he turns up in enough different places that the odds go up. Front man in a punk band, the Almighty Lumberjacks of Death. Actor in films. Occasional slam poet or emcee for stage shows of all sorts. Bartender. And if you miss him all of those places, he has a robust social-media presence with lots of friends and followers.

Lately you might find him there -- on social media and elsewhere -- selling books. His own.

“Humans, Being: A Story a Day for a Year” is Doom’s first, a collection of short stories, 365 of them in a single volume, each exactly 100 words. These short-short pieces are known in the trade as “drabbles,” and are, needless to say, a niche product. Readers like them because they easily fit on a phone screen and can be absorbed on commutes and at red lights and during visits to the bathroom. Writers like them for the challenge of telling a story with a satisfying arc in such a limited space.

Doom, 55, (legal name James Graham) has been messing around with them for a while, publishing on Facebook, Medium and most recently his own Substack newsletter, Jimmy Doom’s Roulette Weal. We caught up with him last week for a Q&A: 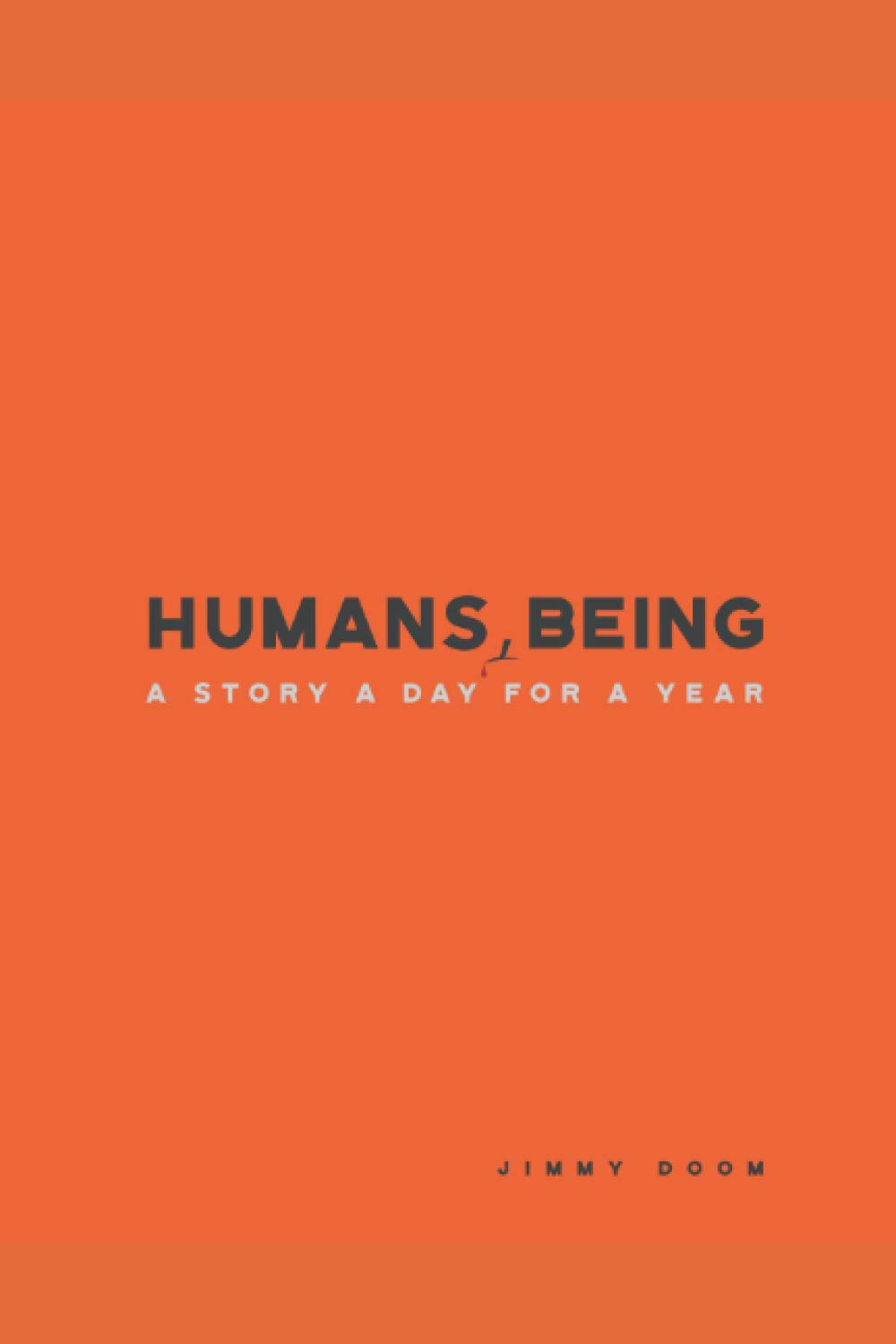 JD: I'll give you this answer before you ask it. When I was in high school, I had a nickname: Gyum, pronounced gyoom. So my very last day of senior year, I get in a fight and there's a whole crowd of people around, and it’s so crowded, people can't tell who's fighting. And somebody says, “Who's fighting? Who's fighting?” And my friend says, “It's the gyum! It's the gyum of doom!”

JD: U of D Jesuit. I got terrible grades and a great education. A few months later I'm walking into the radio station at Henry Ford Community College, WHFR, because I wanted to be a DJ. I try out for the radio station and I get to be on the air. And they're like, you got a nickname? “Yeah, Jimmy Doom.”

I would do Howard Stern-type bits on the air, and I was always getting in trouble. Then (management) is like, you can't be on the radio anymore because you have too many warnings for blue material and other violations. If I'm not on radio, I don't want to be in college anymore. So I dropped out, I was bumming around and a guy approached me and said we need a singer for our band. And a long story short to that is I wound up auditioning for the Almighty Lumberjacks of Death and getting it.

JD: Yeah. I liked being a punk rock singer. Like, I mean, the long-term goal was to die on tour at 27. Die in some hotel room in Boise, Idaho.

DD: Your voice is obviously very raspy. Is that from cigarettes and screaming?

JD: No, I never smoked. Growing up in Detroit, one of my most challenging things was telling people outside party stores that I couldn't give anyone a cigarette cause I didn't have any. I'd say, no, I got this voice from whiskey and stress. I've always had it. And it works well for punk rock. 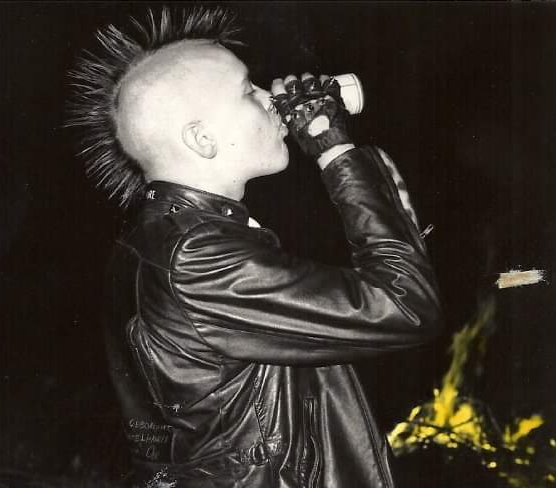 An appropriate haircut for the Almighty Lumberjacks of Death years (Photo: Amy Griffiths)

The Almighty Lumberjacks of Death gig lasted five years for Doom, and was followed by odd jobs, bartending, work at American Axle, marriage, divorce and an attempt at getting the band back together that fell apart when the guitarist followed his girlfriend to Chicago. Doom was throwing a tantrum in his kitchen when his girlfriend suggested he try acting again, maybe an audition. “Like I’m gonna open up this Metro Times and there’ll be a goddamn ad for a motherfucking audition,” he raged, and whipped the paper open to, as it turned out, a half-page ad for open auditions for student films at the Motion Picture Institute in Troy. It was another turning point.

JD: I’m doing student films and there’s a film being shot here, and they book David Carradine and ask would you like to audition? I go, yeah, man, that'd be great. (Before the audition), I break my leg. So I go to the audition and they seemed to like me but they said, this is a period piece set in the 1800s. There's no plaster casts then. And I said the cast will be off in time. The day before I'm supposed to shoot, I go to Beaumont, and they're like, that cast isn't ready to come off. And I said I have a movie role with David Carradine, so here are our options: Either you take the cast off or I'm going to go home and me and my buddy are going to take it off with Sawzall. The doctor says I have a feeling that you're serious. Oh yeah, I'm dead serious. It's coming off today one way or another. And they took the cast off and I do the movie with Carradine.

At some point, I started to get my act together. I felt like I could be a viable part of the movie business, you know, not an insider by any means, but for an idiot from Detroit. I started taking writing more seriously. I wrote a feature screenplay, which I'm shopping, like probably every actor in America. And a friend of mine got me a subscription to Medium (an independent publishing platform), and said you should do more writing, because you're not acting all the time. So I start writing 100-word stories. I just stumbled on it.

At first I was writing one a day. And I got booked on some films and figured I'm going to be spending five days on set for 12 hours a day, so I wrote more in advance. And Josh (Malerman, “Birdbox” author) said, you're really pumping these out, you should do a book. I somehow got it together, finished the book and I published it on Dec. 2.

DD: Let's talk about the book and the whole idea of the 100-word story.

JD: You tell somebody's story in as few words as possible. I was really thinking about, how do you get readers to care about a character? And can I get somebody to care about a character in 100 words? It was just a challenge. It was a lark. I didn't think I could be an actor. But this guy wants me to be in his movie. I don't think I should be in his movie, but I'll try it.

And then people responded and I'd get notes about them. (One person said), “I love to write, but I struggle with writing every day. And you inspired me.” So you keep going.

DD: “Humans, Being” is a very Detroit book, though, because these are Detroit characters. Not specific people, but it's almost a “Spoon River Anthology” of Detroit: We recognize that guy who works on the line, or that’s the guy who rings you up at the party store. That sort of thing.

JD: I tried to leave specific places out of it, just so it would have more universal appeal, but then when you get the reviews on Amazon and you see the word Detroit pop up, you realize people are recognizing the guy at the party store. And of course there is a Coney Island story.

DD: Every writer is supposed to “write what you know.” But I feel like you know a certain part of Detroit about as well as anybody I can think of. I've seen you behind the bar at several different places bartending and you know everybody who was in the music business and you do the film thing and you've got a finger in many pies. 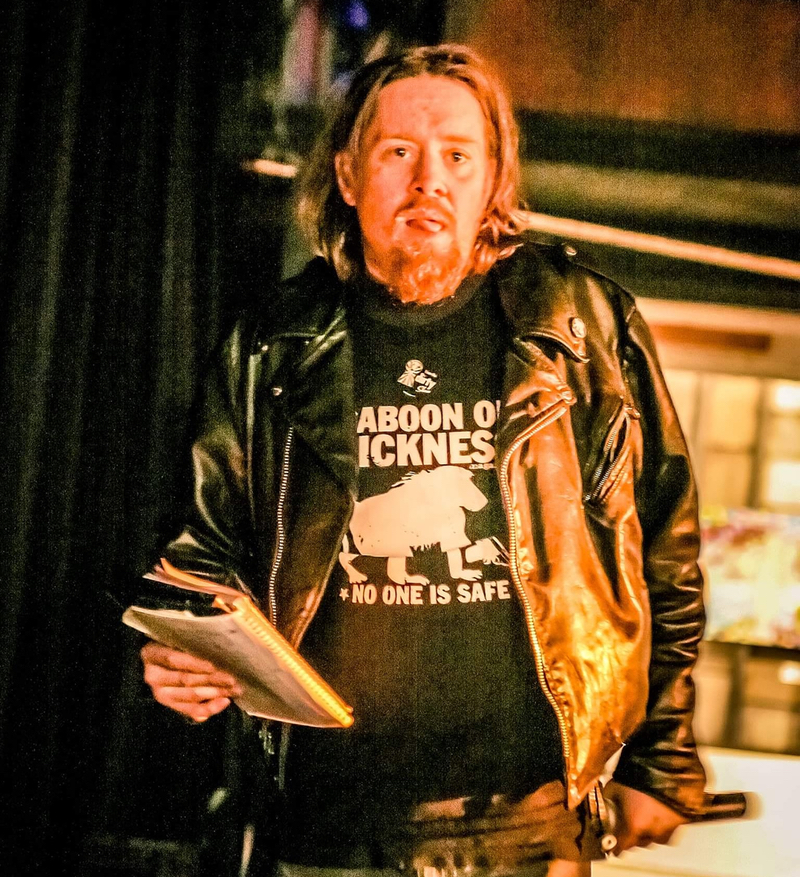 JD: Sometimes I refer to myself as a Renaissance loser. But the book has done well so far, and I would like to sell more. I went with Amazon because (they offer) print on demand. And I had seen painful things in self-publishing. People finish a book, they believe in a book, they go to a small printer and they get 7,500 copies and now they have 5,800 sitting in their dining room. They're draping a sheet over the boxes and playing pinochle on them. But I figured because people know me that they would give it a try, and I would sell a couple. And then when I hit a hundred five-star reviews, I went, okay, this is not just my closest friends kissing my ass. This is beyond that.

DD: So describe your process. Do you write every single day? Is the Substack stuff (which arrives in a daily email) always fresh?

JD: (Today’s) was written this morning. I hit Send at 4:59 a.m. Not everybody is going to like every story in “Humans: Being.” I don't even like every story. But sometimes, you publish and immediately somebody responds, “Oh my God, I love this one.” And I go, Oh, wow. Okay, cool.

DD: I've known people who have self-published books and when they come to you and they ask you to either read it or promote it or put it in your blog or your column or wherever, I always take a look. And I'm never not disappointed, because when people self-publish, chances are they didn't spend the extra money to hire an editor. They didn't workshop it enough times. There's a reason that being published is a thing, because that means at least a few other people think it’s worth reading. And so when I picked yours up, I had some misgivings. But I was pleasantly surprised. So what beyond selling more copies of “Humans, Being?” What is your next step?

JD: I'm doing a thing for Book Beat. They’ve been great. Really championed it. I'm a mostly multi talented monkey, but not multi compensated. But I live pretty frugally. I live in an upper in Hamtramck and I don't have a lot of financial responsibilities. I don't have some huge mortgage and I'm certainly not a clothes horse. My cost of living is very minimal compared to some people. And that might be a huge hint as to why I'm single.

► "Humans, Being: A Story a Day for a Year" can be ordered in softcover or Kindle editions from Amazon. Read two selections below.

It was over an hour’s drive from where he lived.

He inflated the leaking tire and went.

It was a below-average self-service car wash. The dirty Grand Opening sign certainly had been used at other grand openings.

The old motorcycle racer was there, signing autographs. The line was short.

He’d beaten his wife, shot a kid in the face, done seventeen years.

But he was a celebrity.

“My dad is your third cousin,” he said. Named me after you.”

Emory pulled the gun. "You’re gonna pay so I can change it.”

"My brother had a lung made from a pig intestine. Lived to be fifty-seven."

The bartender walked over.

"I don't have to agree to anything I don't believe in."

"You having a rough day? Buy ya a shot. Be nice to Scoop."

"Buy him a shot and tell him to shut up."

"Scoop is a living legend. You're nobody."