It may feel like the pandemic is over, but we're not out of the woods yet.

Variants remain a threat, including the twice-as-contagious P1 first seen in Brazil, which can re-infect unvaccinated Covid survivors and render monoclonal antibody treatments less effective. And these variants are proving difficult to contain for many of the same reasons the pandemic on the whole has been difficult to contain.

In a story to make just about anyone hoping for a safe return to normal shake their heads, the Free Press chronicles local health officials' futile efforts to contact-trace a Bay County hair stylist who may have been Michigan's patient zero for the P1 variant.

The woman reportedly refused to provide any information about who she'd been in contact with — a list that included family and an unknown number of clients at her salon. She said her husband had also been infected, and both were outside the quarantine period.

"She was unwilling to give me the name of either her daughter or granddaughter," Braman (Mary Jo Braman, a communicable disease nurse for the Bay County Health Department wrote in a message to Melanie Perry, an epidemiologist at the Michigan health department). "She states her daughter is highly against vaccination and she does not believe she will get tested for COVID even if it would help the community. She reported the daughter traveled recently, but would not tell where they traveled. She stated she had already said too much."

The woman told Braman all of her clients at the hair salon "are OK," and promised to provide their contact information to health officials the following day.

But several days passed, and the hair stylist still hadn't given any names to the Bay County Health Department.

Braman tried calling the salon directly, but "no response was received from the owner. And then I received a call from the patient asking me why I called. I told her I needed the names and phone numbers of her clients, and if I cannot get them from her, I will attempt to get them through her manager. She is not happy with me.

The contact-tracing process is reportedly further complicated by the fact that variants take up to a week to identify. 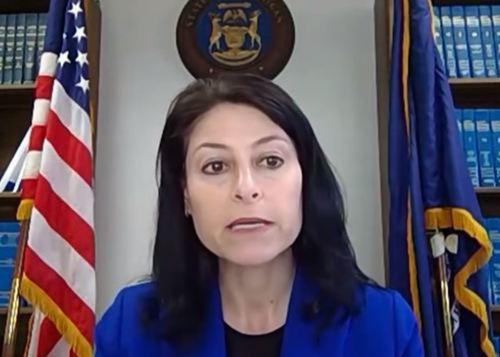