Lt. Mike Brown, assistant commander of the four-county state police post in West Branch, says on social media Thursday that he's "proud to share my story as the MSP recognizes Pride Month." His essay about coming out last decade and experiences since then is reposted below from the agency's media newsroom.

Brown, a Ferris State University graduate ('02) became a trooper in 2004 after six months as a deputy sheriff and nearly two years as an Oscoda Township officer.

Lou Holtz, the legendary coach for Fighting Irish football, once said: "Do right. Do your best. Treat others as you want to be treated." This quote, slightly reworded, hangs in the Michigan State Police (MSP) Training Academy as an expectation of, and as a reminder to, everyone who walks the halls.

The last part of his quote -- "treat others as you want to be treated" -- has not always been a phrase one would apply to the relationship between law enforcement and the LGBTQ+ community. 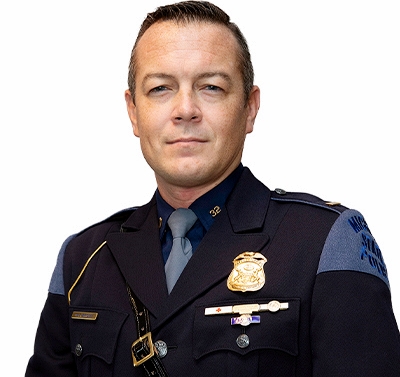 Mike Brown: "My husband and I have been refused service." (Photo: Michigan State Police)

June is Pride Month, where the world's LGBTQ+ communities come together and celebrate who we are, and what we represent, to allow our community to provide a singular voice to our aim:

Pride Month has its roots at the Stonewall Inn in New York City, which was a popular gay bar in the city's busy Greenwich Village neighborhood. In late June of 1969, it was a crime to be gay and the NYPD "public morals squad" raided the bar. To say things did not go as law enforcement planned would be an understatement. Fostered by an atmosphere of oppression, the patrons' mood was explosive. Crowds grew, the NYPD riot squad was deployed, violence broke out and after two days of back-and-forth skirmishes, gay people were finally -- and proudly -- in the streets.

After 30-plus years, and after nearly 10 as a member of this agency, I decided it was my time to "be in the streets."

As it is for many, coming out was a deeply personal process for me, one that was many years in the making. Many thoughts crossed my mind: Would my family disown me? Would my friends abandon me? Would my fellow troops, deputies and officers still back me up? What about my career in the MSP?

Although nearly 10 years have passed since then, I will never forget when I finally decided to be who I am. My significant other (now husband) and I crept from the shadows over a long weekend knowing the MSP rumor mill would soon do what we hoped it would do. Reporting for work on an afternoon shift following that weekend, I was pulled aside by a veteran desk sergeant at the post. "I hope you can be a happier person," he said. "And if you have any problems here, let me know and I will deal with the person myself."

Point taken, with a sense of relief that is hard to describe. That was it, and he turned and went back to whatever it was he was doing.

I was lucky. In the end, I was accepted by family, my friends and just as importantly, by those in the MSP whom I trusted with my life and worked with side-by-side. My "new" life was talked about in our small, area law enforcement community for a week or so, and that was it. I was still just Mike. 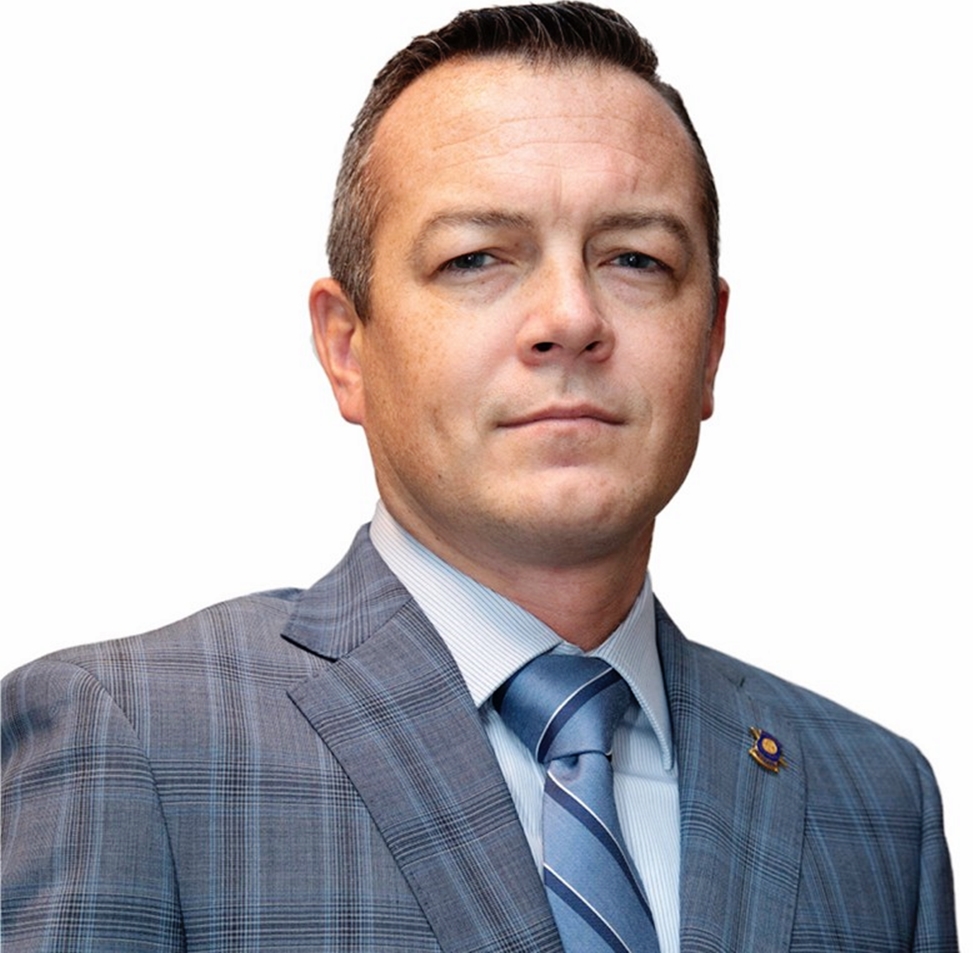 "I was lucky. In the end, I was accepted." (Photo: LinkedIn)

However, it has not always been easy and like many in my community, I have faced discrimination in both my professional and personal life. I have overheard a comment or three not intended for my ears to hear. My husband and I have been refused service in a restaurant. And although I serve as the co-chair for the MSP P.R.I.D.E. [Professionals Respecting the Identities of Everyone] Employee Resource Group, I am still a fairly guarded individual.

On a much wider scale, the relationship between my community and law enforcement as a whole is still tenuous at best.

The more people from varying backgrounds and experiences that the MSP can bring to the table, be they civilian or enlisted, the better we become.

And, as the MSP works hard to transform itself into an organization more representative of the communities we serve, I ask that we all take another look at the last part of Coach Holtz's quote. Diversity and inclusion are about far more than race or gender identity. It is about religion, socioeconomic background, nationality, and yes, sexual orientation. You can pick a dozen more descriptors and Coach's sentiment would still be the same: treat others as you want to be treated.

Back to classrooms: Detroit pupils and teachers will be face-to-face in September