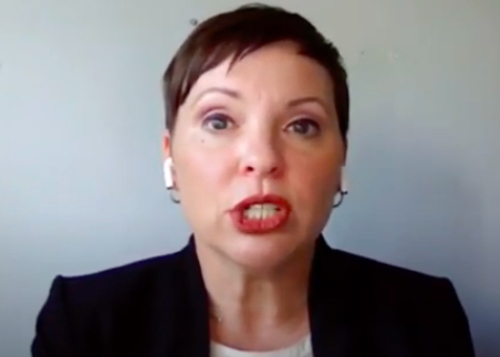 It won't come in time for the first day of school in many districts, but a mask mandate for all Michigan students could be on the horizon should Covid cases continue to climb.

Michigan health director Elizabeth Hertel left open the possibility during an interview with The Detroit News Tuesday, a day after many Michigan districts opened to students.

Gov. Gretchen Whitmer and Hertel's decision to recommend masks, but ultimately leave the decision to local districts, has prompted frustration from even Whitmer allies. It stops short of the universal mandate pushed by Whitmer's chief medical executive, Joneigh Khaldun. About a dozen states have such requirements.

As of Friday, districts representing more than half of the state's public students had issued mask mandates of their own.

Hertel told The News a statewide requirement will depend on what happens with Covid-19 in the coming weeks and months. Public health experts have predicted a fall surge.

The debate over masking in schools has been fraught, with an anti-masker in the Traverse City area punching a reporter and a Birmingham parent doing a Nazi salute after their respective districts issued mandates. Still, the public generally supports public health guidance, with 58 percent of Americans in favor of requiring masks for students, according to an AP/NORC poll.