Austen Brantley believes in the power of art to "change our perspective to boys holding flowers instead of guns." 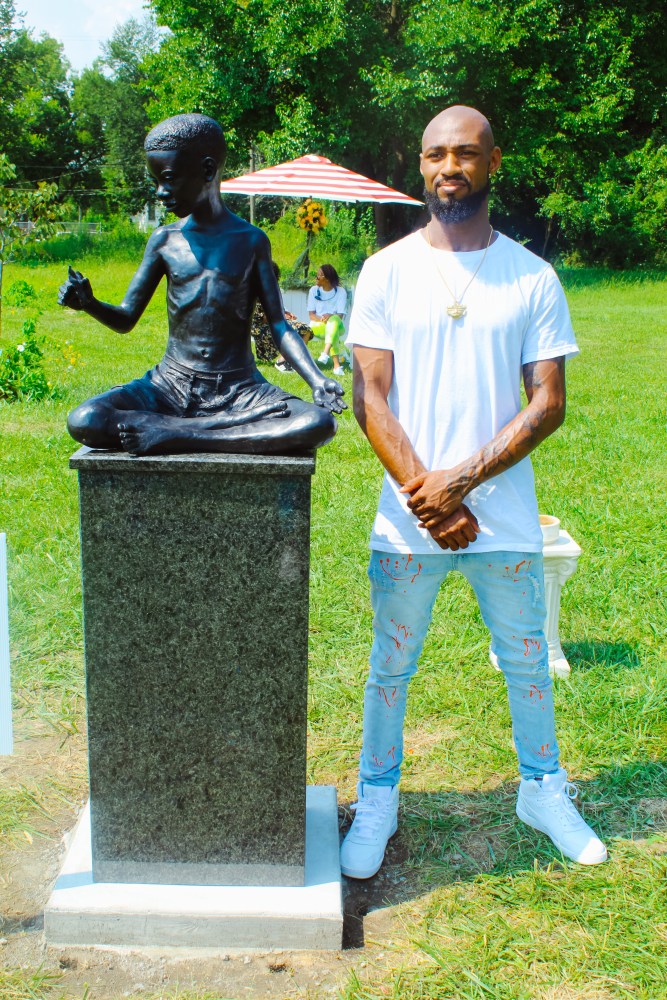 The local sculptor says that in a brief Free Press item about his "Boy Holds Flower" display at the East Canfield Pavilion art park, dedicated Friday in a Detroit neighborhood.

The sculpture of a young Black boy sitting cross-legged and looking down at a flower in his hand is meant to convey the innocence of boys before they enter the world and become aware of its faults.

"I want young Black people to see themselves represented in a narrative of classical figurative sculpture and public art and change our perspective," Brantley said.

The park at 4405 Lemay St., off East Canfield near Montclair Street, will feature other works by Black artists from Metro Detroit. It's created by Canfield Consortium, an East Canfield Village economic development nonprofit, with support from with America in Bloom and Canadian National Railway.

Brantley, 25, has a studio in Royal Oak. A solo exhibition, "Behind the Mask," opened last month at the Norwest Gallery of Art on Grand River Avenue in Detroit.

His sculptures also have been displayed at ArtPrize in Grand Rapids, Detroit's Wright Museum of African American History, the Detroit Institute of Arts, the Marshall Fredericks Sculpture Museum in Saginaw and Chicago's Museum of Science and Industry. He had a solo show In 2017, he won a $5,000 award for emerging artists from Kresge Arts in Detroit.