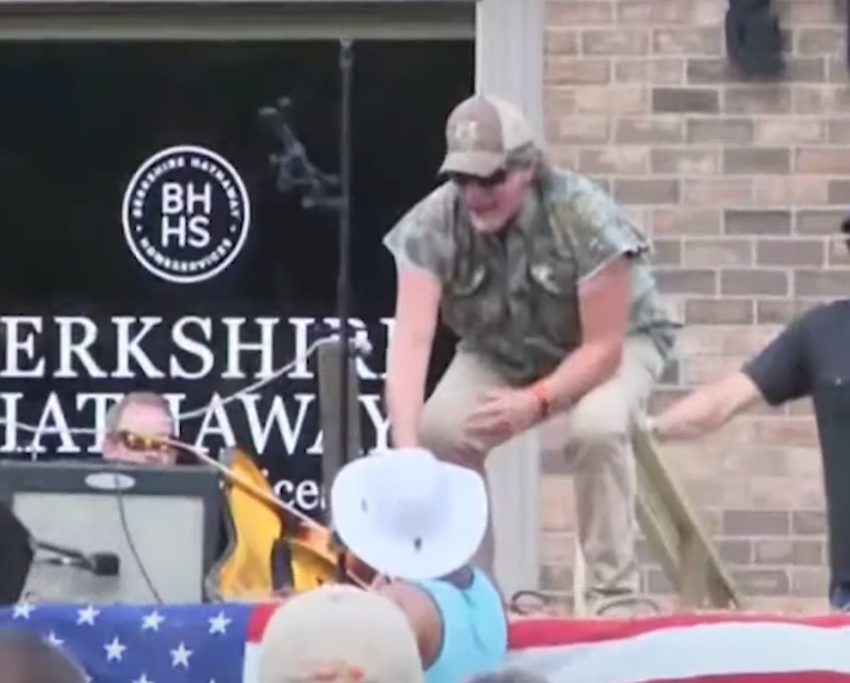 Rocker Ted Nugent stirred it up last week at a Constitution Day rally in western Michigan when he called the Black Lives Matter movement a "terrorist organization." He also called Gov. Gretchen Whitmer a "tyrant piece of shit."

The remark about Black Lives Matter prompted a Black man in the crowd to approach the stage on Friday, take the microphone and repeatedly chant "Black Lives Matter too," according to video by station WWTM (see below).

"Aren't there any BLM punks who want to come up and harass me?" Nugent asked the crowd, prompting Jalen Brown, a Black man, to  approach the stage.

"Black Lives don't give a shit about black lives. They're standing by while blacks are slaughtering each other," Nugent replied. "Black Lives Matter is a terrorist organization."

That's when Brown took the microphone and started chanting, "Black Lives Matter too."

Several dozen people in the crowd began to chant "USA" and "All Lives Matter" as Brown left the stage area, WMMT reports. Brown later told the station he was personally offended by Nugent's remarks.