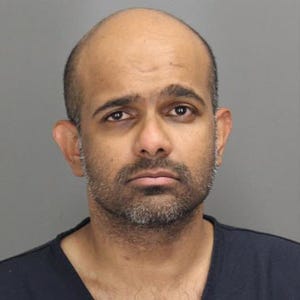 A 40-year-old Royal Oak man clad in bondage gear and women's lingerie faces charges of indecent exposure in Rochester Hills after he was found partially exposed in the front seat of his car on Thursday.

Rahul Mitra was arrested by Oakland County Sheriff’s deputies, who responded to a call of a suspicious vehicle with the driver's side door open in a parking lot in the 700 block of Rochester Road, reports Mike Martindale of the Detroit News.

He was arraigned Friday.

He was released on $2,000 personal bond pending an Oct. 13 preliminary examination, the News reports.