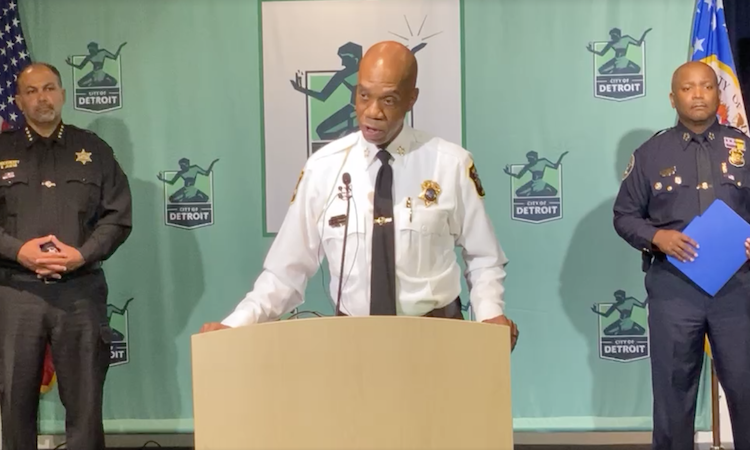 Jones was shot several times after dropping off someone near East Forest and the Chrysler Service Drive in Detroit.

“He was a father of a beautiful child with another child on the way,” Wayne County Sheriff Raphael Washington said at a press conference Friday. “Deputy Jones was a hard worker – always eager to work when we were short. Six hours after his shift, he was gunned down.

"It’s not fair for his family, his friends or the community. We thank the law enforcement agencies working on this case. I promised his mother we wouldn’t stop until we got justice – we’re almost there.”

According to the Detroit News, a fifth suspect was arrested Friday afternoon after he fled police trying to pull him over and crashed.

The man remained in custody late Friday. Two children in the car with him at the time of the crash were evaluated for possible injuries, (department spokesman Rudy Harper) said. Their conditions and relation to the driver were not released. The suspect also is expected to face fleeing and eluding charges, Harper said.

The investigation is ongoing. 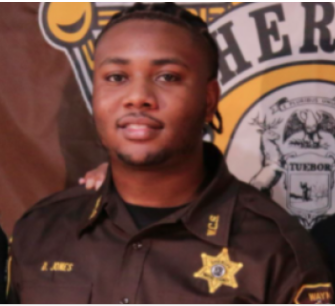 Jones, 23, was dropping someone off near East Forest and the Chrysler Service Drive when he came under fire. He fled the vehicle and was taken to a hospital, where he died.

Jones, who joined the county jail staff in 2019, has a child and another on the way in November, the department said.