The Michigan Citizens Redistricting Commission, formed to add transparency to what had been an entirely opaque process, opted for opaque on Wednesday, according to The Detroit News: 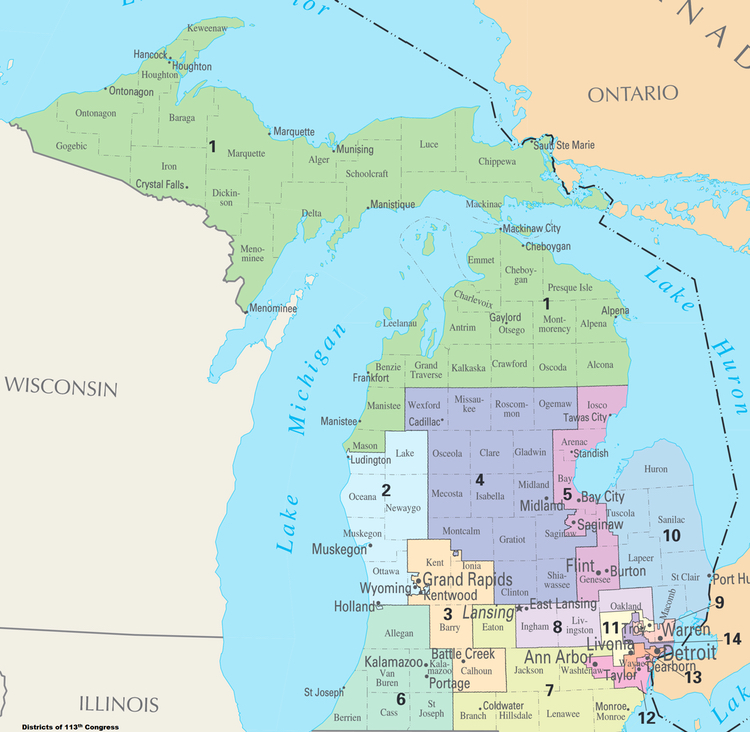 Congressional district maps from a prior era (File graphic)

Michigan's redistricting commission, the panel in charge of drawing the state's political boundaries for the next decade, went into closed session Wednesday, preventing the public from hearing members discuss two legal memos they received that could influence future decisions.

The commission, which had been promoted as a pro-transparency initiative, voted 11-2 to temporarily halt the public's ability to hear its deliberations. A Detroit News reporter was asked to leave the meeting room before the closed session began.

In an unusual move, both the Michigan Democratic and the Michigan Republican parties issued statements critical of the private meeting, which occurred on the campus of Michigan State University.

The commissioners said they needed privacy to discuss two "confidential memos" prepared by its lawyers, titled "Voting Rights Act" and "The History of Discrimination in the State of Michigan and Its Influence on Voting." The move comes as the commission moves into the editing stage for its draft maps of Michigan's congressional and state legislative district lines.

The group was in closed session for an hour and 40 minutes.

WXYZ reports the meeting was already delayed for several hours, after a death threat was "sent to the commission's email."