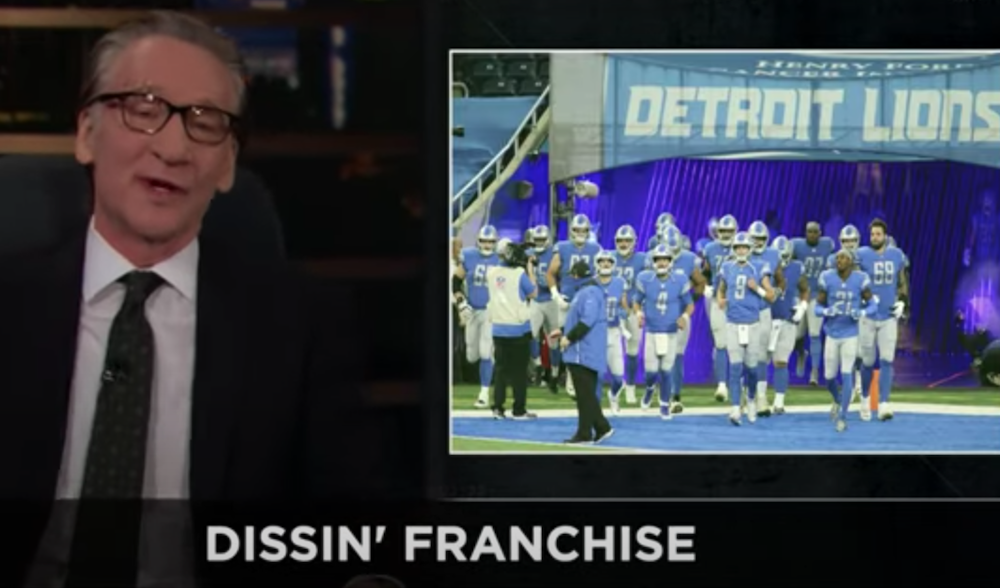 HBO host Bill Maher, in his weekly segment "New Rules," has a suggestion even Lions fans might agree about.

"Let's end the tradition where one of the football teams on Thanksgiving Day has to be the Detroit Lions, for a very important reason," he says..

"Pretending that this is a must-see game is key to how we avoid talking to our families for three hours. It's hard to tell Uncle Phil, 'you know I'd love to learn more about how the Rothschilds are microchiping Trump supporters but the Lions are on.' I mean he's gullible, he's not that gullible."

But for now, Detroit's hapless team hosts the Chicago Bears Thursday at Ford Field at 12:30 p.m., with a halftime performance by local rapper Big Sean.