Detroit Grand Prix haters, rejoice. The race will only upend Belle Isle for one more year. In 2023, the annual celebration of internal combustion returns to the streets of downtown Detroit. 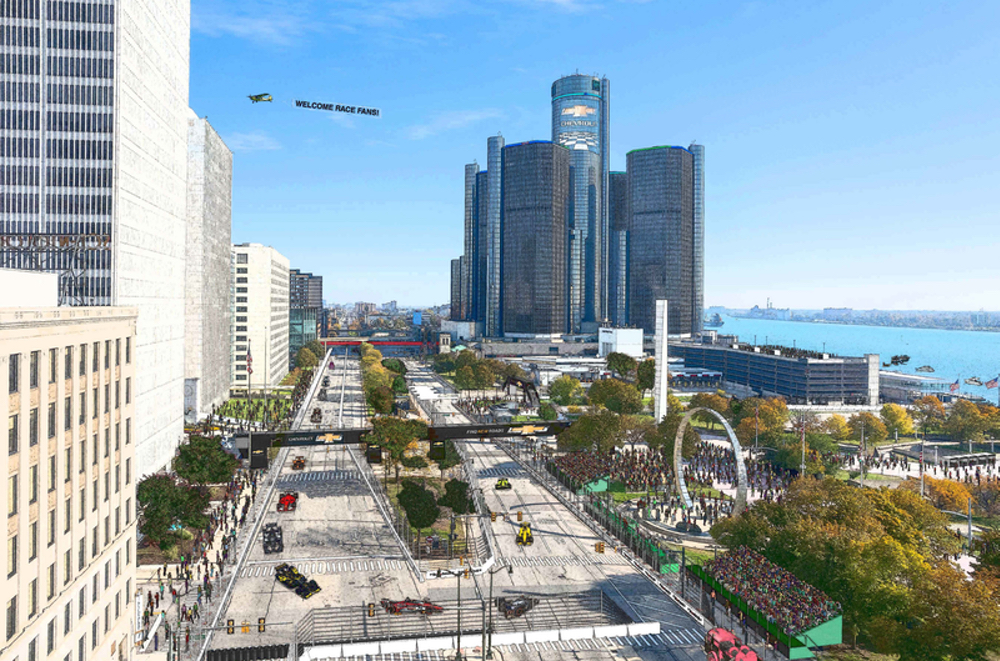 A rendering of the 2023 race course. (Photo: Detroit Grand Prix)

The race organization and city officials made the announcement, and revealed the new course, on Tuesday.

The track won't extend north on Jefferson Avenue or shut down streets or businesses.

"This race used to go up Larned, Woodward, all that," Bud Denker, chairman of the Detroit Grand Prix, said Tuesday during a news conference at the GM Renaissance Center on the race's move back to the city streets.

Drivers will race on Jefferson and Atwater, between Rivard and Bates, with hairpin turns at either end.

Organizers promise "a dynamic street-festival atmosphere" with "three full days of activities on some of Detroit’s most popular and active Downtown areas, including racing on a new 1.7-mile,10-turn street circuit along Jefferson Avenue, Bates Street, Atwater Street, St. Antoine, Franklin Street and Rivard."

The race has been criticized by advocates for and users of Belle Isle, intensifying as the park has become more popular in recent years. Setup for the event begins in spring, blocking off the eastern end of the island just as park usage increases, and teardown takes weeks after the race runs in early June.