The writer is a Metro Detroiter and diehard Michigan fan.

Starting when I was a boy, my father instilled in me the greatness of all things U-M, from the marching band to the football team. I grew up loving Wolverine football, putting them at the top of my list of favorite local sports teams. 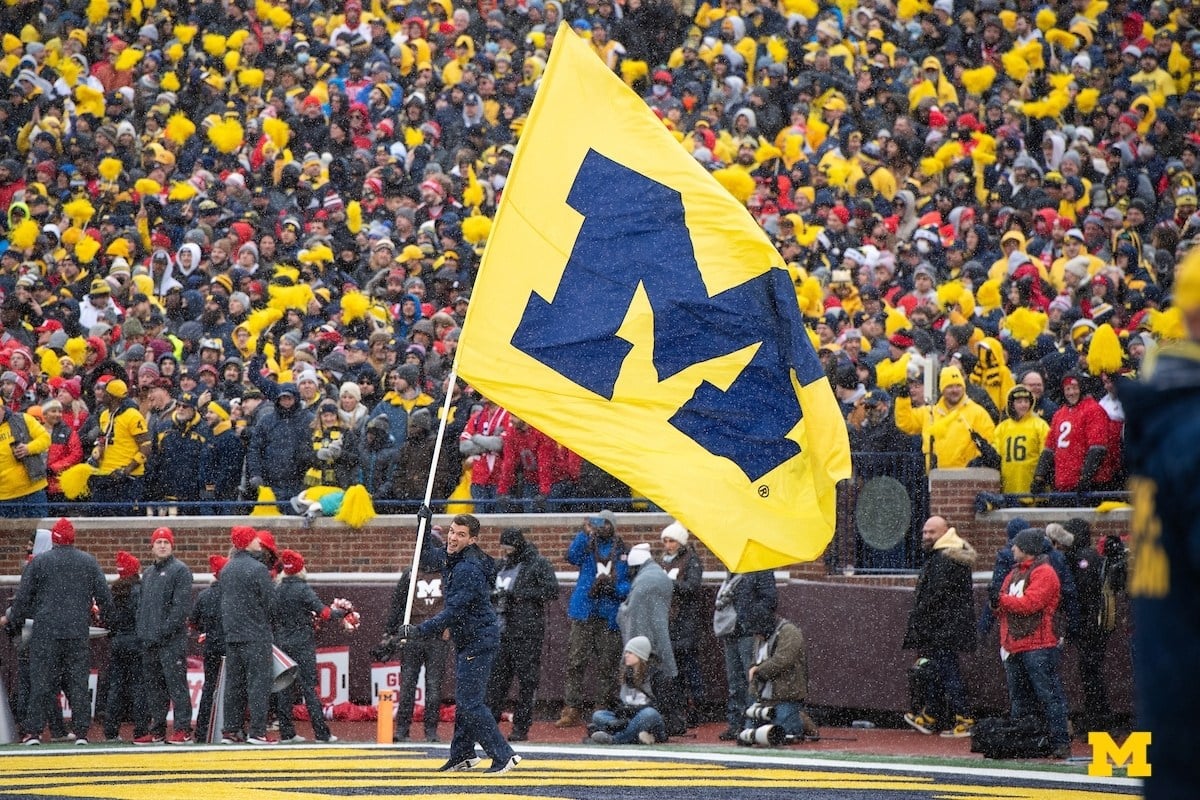 A big skeleton still is in the Wolverines' closet. (File photo)

I’ve often thought that if I was only allowed to watch one “Detroit” sports team the rest of my life, it would be U-M football.

Coming off this past Saturday’s victory over Ohio State, Michigan fans are on an incredible high, anticipating all the possibilities the next few weeks might hold. A Big 10 title, appearance in the College Football Playoffs and even a national championship are all within their grasp.

Unfortunately, the tawdry Dr. Robert Anderson scandal looms over the Michigan football program, whether fans want to acknowledge it or not.

From coach Jim Harbaugh to retiring radio announcer Jim Brandstatter, there has been a refusal to acknowledge the complicity of coaching legend Bo Schembechler in this disturbing scandal. HBO’s “Real Sports," on the eve of the Michigan-Ohio State game, presented a brutal, heartbreaking interview with former U-M running back Jon Vaughn, who described in disturbing detail some of his abuse that took place at the hands of Anderson.

Schembechler was told of this abuse by Vaughn and other players, and turned a deaf ear -- even when his son confided that he too was a victim of this monster. Over 2,100 complaints of sexual abuse by Anderson have been reported to the university. To have your head coach and team broadcaster continue to believe Schembechler was not aware of it is hard to fathom.

I'm thrilled with this Michigan team's success In the recesses of my mind, though, I have to acknowledge the stain on this program that won’t go away until full responsibility for what happened is fully acknowledged by those closest to the football program.

It's not just Michigan

Meanwhile, fans of Notre Dame football are up in arms over the unexpected departure of head coach Brian Kelly. Just as he did in his two previous stints at Central Michigan and Cincinnati, Kelly jumped ship -- right before his teams were scheduled to play In upcoming bowl games -- to accept a job at another university. Don’t feel too bad for fans of the Fighting Irish, though. They, like Michigan fans, must live with a dark past in regards to their football program. Let’s not forget the sordid details regarding the death of 20-year-old Declan Sullivan, a student manager for the Notre Dame football team, on Oct. 27, 2010.

Despite wind gusts of over 50 miles per hour, and Sullivan's apprehension about going up in a lift in such conditions to film Notre Dame’s practice, Coach Kelly insisted it was OK. The lift fell over and Sullivan died.

College football provides a lot of feel-good moments for its fans. But we must never place its importance above real-life situations that arise from wrongdoings or bad decisions made by people in positions of power.