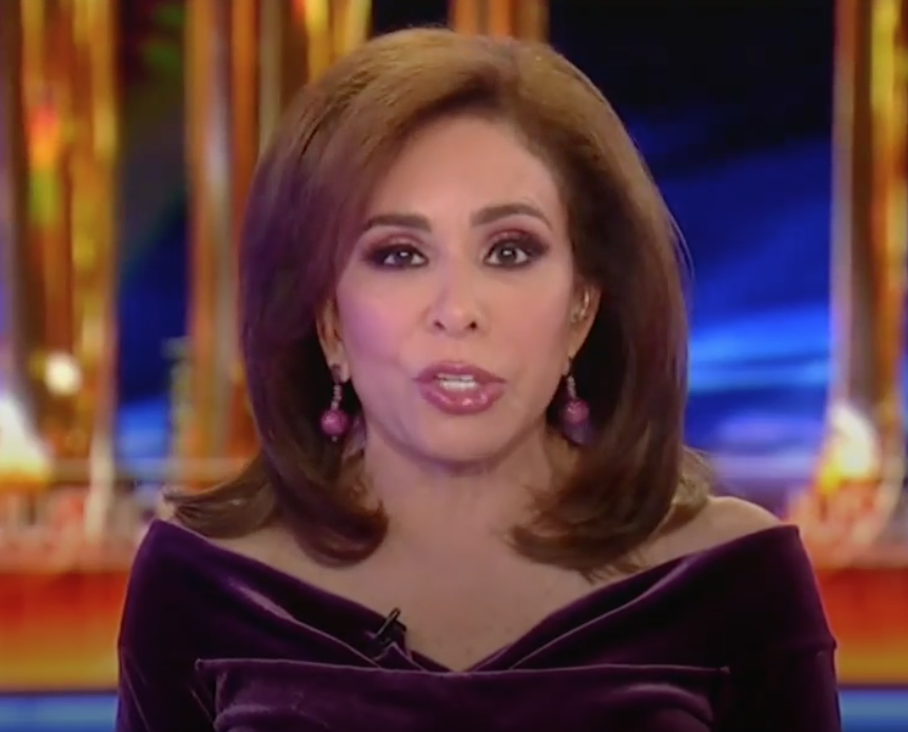 Leave it to the ever-insightful Fox News host Jeanine Pirro to find the real bogeyman in the Oxford High School shootings -- Liberals.

On her Saturday night show, "Justice With Judge Jeanine," the former New York state judge and perennial suck-up to Donald Trump, started out with a rant on how unsafe America is, then proceeded to blame the “Soros-funded DAs” and the “liberal laws passed by progressive Democrats.”

Then she got to the Oxford High shootings.

“Then, there is Oxford, Michigan, with Ethan Crumbley, who shot and killed four students and injured seven others including a teacher for no reason, because liberal school personnel should’ve known Crumbley had a gun, or at least, had access to one, but never bothered to ask. The very reason they told his parents to come to class instead of suspending him immediately, and then they let him go right back into class.”

Pirro's comments refer to the fact that Crumbley and his parents met with school officials the morning of the shootings after concerns were raised about his behavior. Authorities let him return to class, not knowing a gun was in his backpack.

Her rant makes as much sense as the liberal media trying to suggest Crumbley's mother's admission in a blog that she reluctantly voted for Trump in 2016 may have had something to do with last Tuesday's insanity.

Pirro did not mention whether liberals -- or George Soros for that matter -- are to blame for Crumbley's parents eluding law enforcement by hiding in Detroit after being charged with four counts each of involuntary manslaughter.