LeDuff: Is this Venezuelan in Metro Detroit an asylum seeker or suspected terrorist? 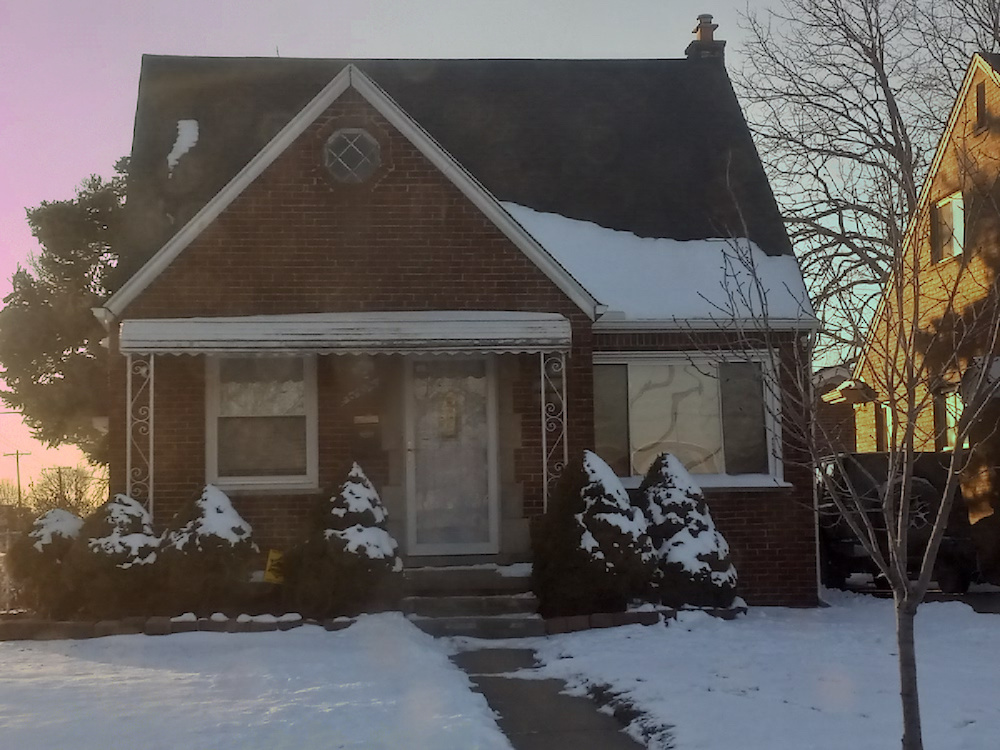 The Dearborn house where Issam Bazzi reportedly is staying

With an all-time number of people caught illegally entering the United States through its southern border in 2021, American citizens and law enforcement officers are left wondering who got away. Have potential terrorists managed to escape the long arm of the law?

We now know of one case where the government caught a person who's flagged on the terror watch list, only to release him into the interior, his family in tow.

The Biden administration has allowed Issam Bazzi, who was caught wading along the shores of the Rio Grande River in Texas last November to be released on his own recognizance while he awaits a March asylum hearing in Detroit.

According to sensitive government documents obtained exclusively by Deadline Detroit, Bazzi and his family are living, presumably, in Dearborn in a house owned by his cousin on a tree-lined street near Wyoming and Warren Avenues. Knocks to the door Wednesday evening went unanswered.

Bazzi, a 50-year-old citizen of Venezuela born in Lebanon, is not supposed to be in America because federal law prohibits those with suspected connections to terrorist groups from entering. It also bans their spouses and children.

It's unknown which group Bazzi might be affiliated with, because his profile, according those immigration documents, is coded as classified in the federal terrorism database.

In fact, the FBI's Terrorist Screening Center, which maintains the list, will not confirm or deny whether an individual is even on it. So it is very likely that Bazzi does not know he is on the terror list. Until now.

Bazzi, according to the documents, is described as a person with “high derogatory information” with ties to an unspecified terror group.

Bazzi and his family were detained in Texas last November, as authorities decided what to do with him. Background checks and at least one interrogation were conducted. The FBI recommended that Bazzi continue to be be detained. Agents from Immigration and Customs Enforcement deemed him a flight risk.

But officials from the Department of Homeland Security ordered his release. One of the mitigating factors, according to those documents, was that Bazzi had a precondition that made him highly susceptible to Covid-19.

That precondition: Bazzi is overweight.

And so, he and his family were discharged on or about Dec. 9, with the promise Bazzi would show up in March in Detroit for his immigration hearing.

In any event, current and former federal law enforcement officials say they have no recollection of a person with a confirmed hit in the database being allowed entry. Especially one who entered the country by raft.

“Unless there's something bigger going on, we don't let people in who are on the list,” said Andrew Arena, former chief of international terrorism operations for the FBI, who helped draft the original protocols for the watch list.

“This appears to be the new and improved border security posture. A kinder, gentler approach," said Arena. "It doesn't make a whole lot of sense. And quite frankly, I've never seen it before.”

“The public would be shocked to learn of very bad people who are being apprehended at the border and ultimately released into the United States,” says Chris Cabrera, vice-president of the Border Patrol Council, the union representing Border Patrol Agents.

“But the terror watch list? That's the top of the top. The worst of the worst.”

Secretary of Homeland Security Alejandro Mayorkas last year gave temporary protective status to people from Venezuela living in the United States, allowing them to stay and work here temporarily due to the economic and political turmoil there. But that order only applies to those Venezuelan nationals who were physically present in the United States before March 9, 2021.

Bazzi seemed to think this applied to any Venezuelan who could make it to American soil.

“Claims that he heard that Venezuelans were being accepted into the United States for asylum claims,” his federal interrogator wrote.

According to those interrogation notes, Bazzi said that he, his wife and his daughter took a commercial flight from Caracas, Venezuela last October to Monterrey, Mexico.

From there, Bazzi contacted a human smuggler known as “Joni,” who transported the family to Matamoros, a Mexican border town across the Rio Grande from to Brownsville, Texas. They traversed the river, landing in a immigration hotspot known as “The Washout” where they gave themselves up to Border Patrol agents, making a claim of asylum.

Federal agents declared Bazzi a flight risk should he be let into the United States, according to those documents. They were overruled by ICE “HQ” and released. It is unclear who paid for the Bazzi family's travel north or whether they received Covid vaccinations.

The suburban life should fit Bazzi nicely. There is a Taco Bell, McDonald's and a halal pizza parlor all within walking distance of the tidy Cape Cod house he lists as his temporary address.

Regular Covid testing should be no problem since a CVS is nearby. If Bazzi contracts Covid, heaven forbid, he might avail himself of the urgent care.

Should Bazzi choose to get lost in the thrill of America, there is a U-Haul rental facility just around the corner. And if he needs an immigration attorney, there is the storefront law office at the end of the block.