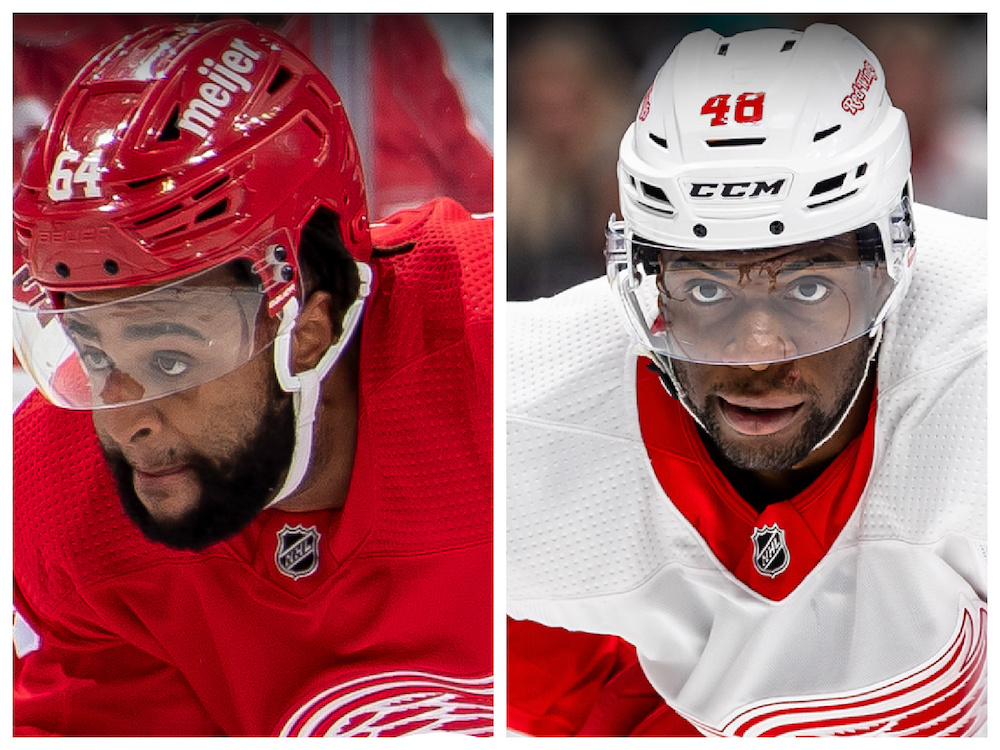 The first involves the Smith brothers – Givani and Gemel of the Red Wings. With Gemel joining younger brother Givani on the roster earlier this month, the team boasts two Black siblings for the first time in franchise history.

The Smith brothers are the seventh and eighth Black players for the Red Wings. And they are among roughly two dozen Black players currently in the National Hockey League, more than enough for a full team.

Two other Black siblings – Seth and Caleb Jones – play for the Chicago Blackhawks. Two more Black siblings – P.K. Subban of New Jersey and his brother, Malcolm, of Buffalo – have played this season in the NHL. At present, Malcolm is in the minors.

The second Black history angle involves John Vanbiesbrouck, a white native of Detroit’s East Side. He played 20 years in the NHL, won one Vezina trophy as best goalie and served as backup for Team USA in the 1998 Winter Olympics in Japan. 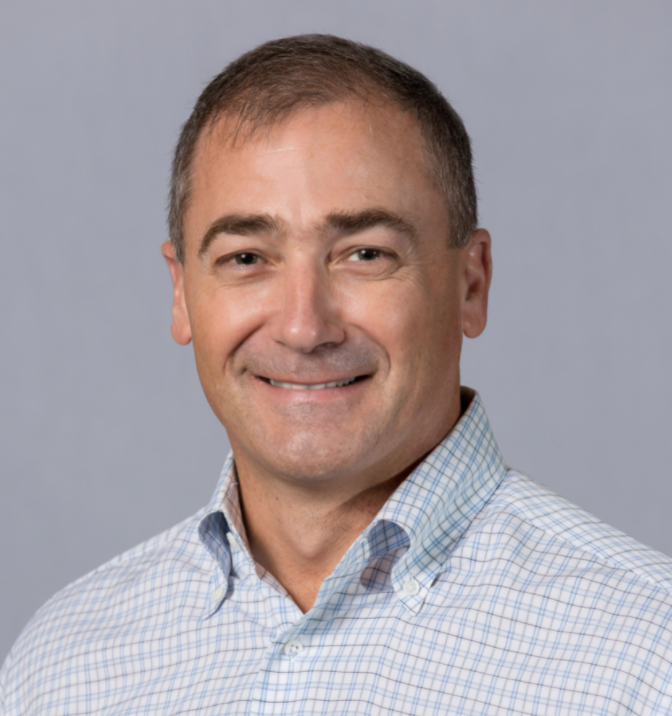 Nineteen years ago, it appeared that Vanbiesbrouck destroyed his management ambitions by speaking a forbidden racial slur – the “N” bomb -- to insult the captain of his Major Junior A team.

That resulted in his resignation as coach and general manager of the Sault Ste. Marie Greyhounds, a team he partly owned. Vanbiesbrouck, however, has rebounded. He did patient penance in western Michigan, running the Muskegon Lumberjacks, a junior team at a lower level.

Four years ago, Vanbiesbrouck joined USA Hockey as an executive. Now, he is the general manager of Team USA, which defeated Team Canada, 4-2, in the Winter Olympics on Saturday afternoon (in China) and beat Germany, 3-2, on Sunday to advance to the quarter-finals.

Should Vanbiesbrouck’s team win further glory, he could improve his chances for reputation revival and advancement in the sport.

In his first appearance with the Wings, against Los Angles on Feb. 2, Gemel contributed one assist and one fight in a 5-3 defeat. In the next game, at Philadelphia last Wednesday, Givani contributed a goal in a 6-3 victory. Although he fights more than most players, Givani threw no punches that night.

Probably not. Both are considered “fourth-line” players, the lowest rung of forwards. Fourth-liners  usually play defensively in limited ice time. But both add a level of necessary grit and what hockey folks call “sandpaper” to what is sometimes a meek team.

Aside from Tyler Bertuzzi, few Red Wing forwards “finish their checks” or clog the opposing net area to screen the goalie, deflect shots and whack at rebounds. It’s hard work. Good teams do it. So the Smiths bring a certain needed zing to the Wings.

Givani Smith, in particular, likes to crash the goal crease on his occasional shifts. It would be interesting to see him do this on the second-unit power play in the manner of Bertuzzi on the first unit, or the way Tomas Holmstrom used to do it when the Wings were winning the Stanley Cup. 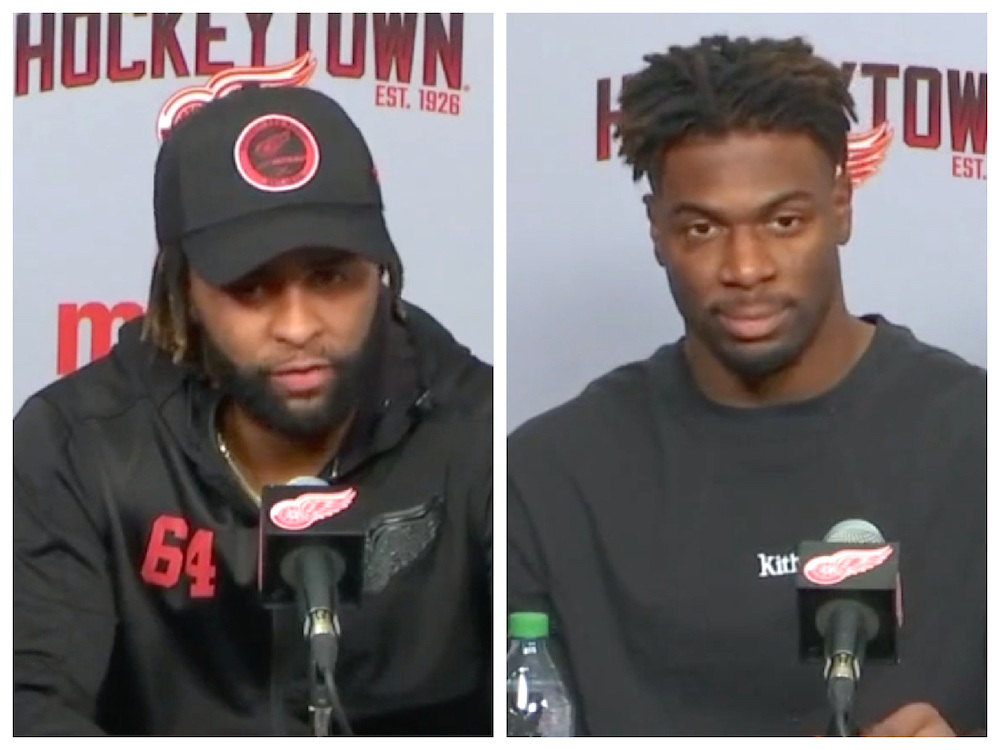 It is not as if the Wings have never before had multiple Black players.

As for Vanbiesbrouck, he became the American general manager December 27 due to the Covid pandemic and to a hockey scandal as bad as racist language.

The original GM for Team USA – Stan Bowman of Chicago – resigned from his club and national team roles when it was revealed that the Blackhawks covered up a sexual abuse allegation a decade before by a young player who accused an assistant coach.

Bowman – the son of former Red Wings’ coach Scotty Bowman -- was replaced by Minnesota GM Bill Guerin, who had to give up the job a few weeks ago when the NHL backed out of the Olympics because of the Covid pandemic.

Suddenly, Vanbiesbrouck vaulted into power. He quickly built a speedy, young team (now, 3-0) that made the older Canadians look sluggish and stood strong against the determined Germans.

Ironically, Vanbiesbrouck can't be with the team. According to the Los Angeles Times, he went to that city to meet them for the flight to China.Vanbiesbrouck tested positive for Covid and had to drive 33 hours back to his home in Michigan to watch on television. 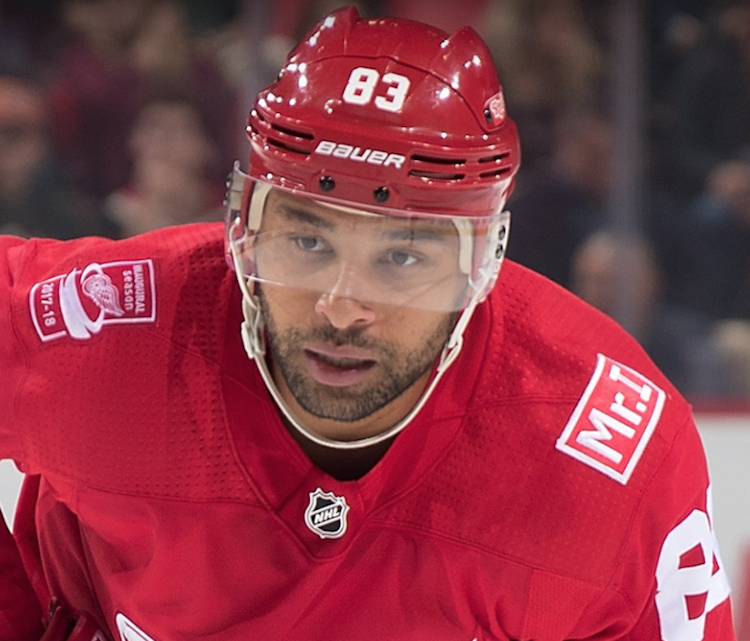 Coincidentally, the player Vanbiesbrouck slurred in 2003 was Daley, who played in Detroit among his several stops. When USA Hockey hired Vanbiesbrouck in 2018, he addressed his past transgressions.

“I told Trevor this is an old wound with me,” said Vanbiesbrouck, who reached the U.S. Hockey Hall of Fame after playing as a youth with a Little Caesars’ team in Metro Detroit. He seemed to blame his Motor City environment for his use of the racially abusive word.

“I grew up with it,” Vanbiesbrouck said. “I’m sorry as anybody that it stuck with me.”

In a different interview, he added: “I used the `N’ word instead of calling him Trevor. My comments were inappropriate and out of character and I deeply regret my actions.”

Vanbiesbrouck also told the website “The Color of Hockey” that his religious faith helped him survive the racial controversy. “I know that I’ve been forgiven and I’m strong in my faith,” he said. 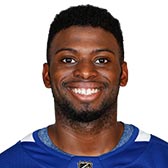 His racial insult is hardly the only one against a Black player, and they are not all in the past. One last month involved Jordan Subban, whose two brothers have NHL experience. Jordan Subban plays for the minor-league South Carolina Sting Rays.

In a recent game, Jacob Panetta of the Jacksonville Icemen made toward Subban what Subban interpreted as a “monkey” gesture. Such non-verbal taunts are sometimes seen in European soccer toward Black players.

Subban responded with his fists and then posted this message on Twitter.

“He started making monkey gestures at me, So I punched him in the face and he turtled like the coward that he is,” Subban said.

Panetta – suspended by the league and cut from the team – said his gestures were not those of a monkey. He merely imitated a body-builder posing and flexing his muscles, he said.

He apologized on Twitter, saying in a video that Subban “and others viewed it as a racial gesture. My actions have caused a great deal of anger . . . My actions were not racially motivated . . . I sincerely apologize.”

One of Subban’s brothers, P.K. of the Devils, said: “If you’re not black, you’re not going to understand this. And that’s OK.”

Other, similar, stories may be forthcoming locally. If you can believe Bally Sports Detroit (or whatever they now call themselves, they change names more often than Cobo Hall), Givani Smith will discuss this sort of thing extensively in an already pre-recorded interview for the Feb. 23 telecast of the home game with Colorado when the Wings celebrate “Black History Night.”

We’ll have to take his word for it. Despite multiple requests over the last 10 days, neither Smith brother was made available by the Red Wings for a telephone interview for this report

In the Detroit Free Press two years ago, Gemel Smith said “I never got the `N’ word. But I got stuff pretty similar. Just kind of like `monkey’ and `you’re playing the wrong sport, go play basketball.’ Stuff like that.”

Not all of hockey’s racial episodes are bitter or discouraging. Some are celebratory and even enlightening. 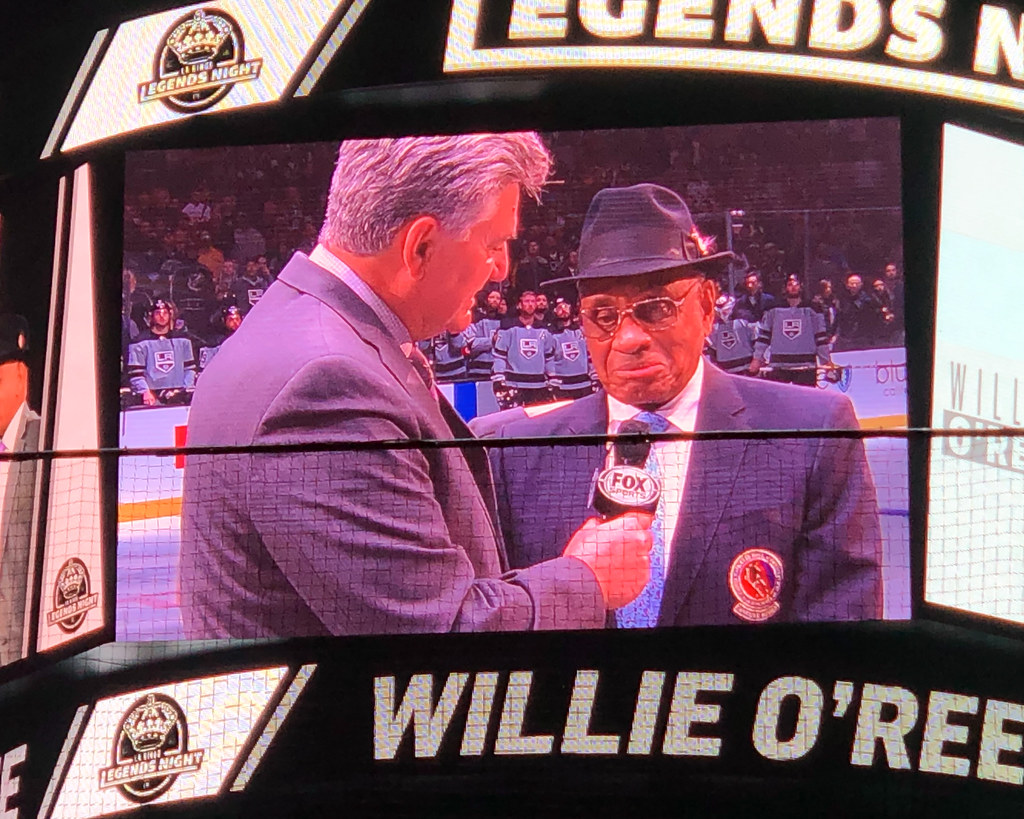 Two weeks ago, President Joe Biden signed a bill to award a Congressional Gold Medal to Willie O’Ree, who joined the Boston Bruins in 1958 as the NHL’s first Black player. And (as wags have long noted) until  then, only the puck was black.

And sometimes, racial identification produces light moments. I experienced one back when I covered the NHL for The New York Times. In the Boston Bruins’ dressing room, I was approached after a practice by Anson Carter, who is Black.

He introduced himself in a friendly way and said politely “Can you please ask your editors to stop referring to me as `African-American?’”

I thought to myself, this guy is savvy. He knows how the media works. He is clear and direct. But I wondered: Carter played for Michigan State. What’s the problem? Then I realized it.

“You’re from Toronto,” I said. “And Canadians don’t want to be called 'American’ anything.”

Carter smiled and nodded and said “Exactly!” So I said to him “But if my politically correct editors insist on categorizing you by race, ethnicity and nationality, how do you prefer to self-identify?”

He got my drift, then paused to think. “Colored-Caribbean-Canadian,” he said with a smile. “That OK?”

Carter, now a hockey broadcaster on TV, always had a good way with inoffensive words.