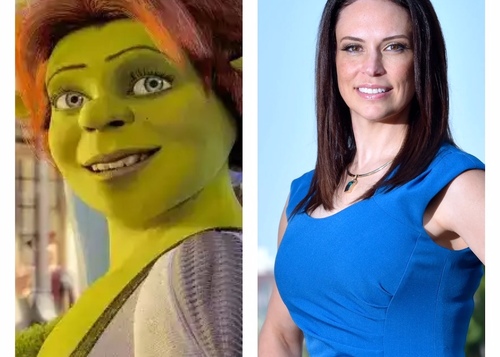 I wish Will Smith would come to Michigan to accept an award because we need somebody to slap some life into this rotten tomato of a governor's race.

Considering the price of admission we've had to suffer in Michigan over the past two years, we deserve some glamorous people. Some serious people. We deserve more than an empty ensemble of gaslighters and snake oil salesmen who make "The Wild Wild West" look like art house cinema.

Listen to our crop of candidates, both Democrats and Republicans. They're not saying anything. They read from bad scripts without plots. No fresh ideas, no dramtic arc.

We get their tweets, press releases and TV ads. But what we need is the boring stuff: a tax plan, an infrastructure strategy, a promise to investigate the Covid debacle. We need people who understand everyday concerns of We The People.

But this crew of B-listers offers no road map to anywhere. 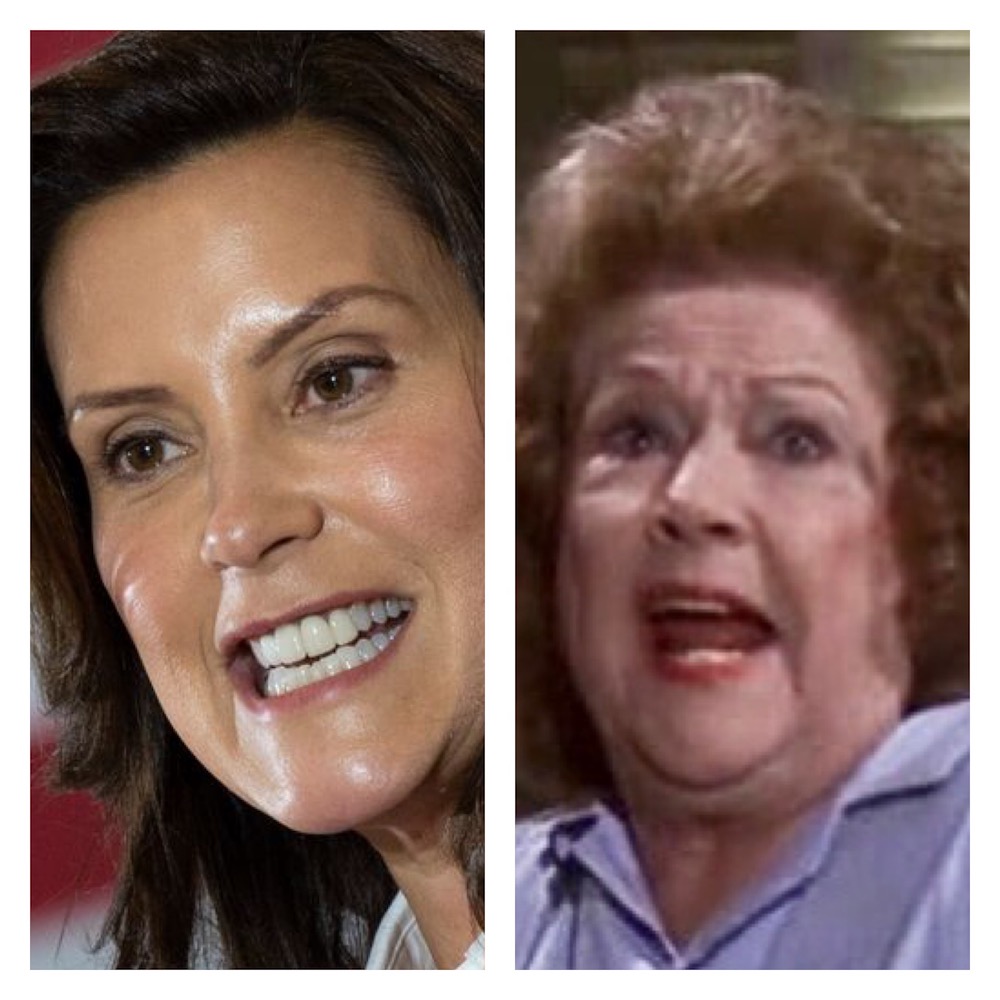 For her part, Gretchen Whitmer recites lines from her latest fantasy film, Covid 2020: That Wasn't Me.

She tries to channel her Meryl Streep, but comes off like Ethel Merman.

Kids belong in schools, she now offers with a straight face. People have not forgotten that she shuttered schools twice in 2020 and recommended school districts do it in 2021, after she lost the political stomach to do it herself. That's when parents began turning against parents.

Whitmer claims she was protecting families, even as elderly people were dying uncounted in uninspected nursing homes. And out-of-work working stiffs were scrambling for unemployment checks that never came.

Whitmer now claims to be bipartisan, yet it took the Michigan Supreme Court to force her to relinquish dictatorial control over the state regarding the pandemic.

At least Whitmer has a coherent political party standing behind her. She has campaign experience and millions of other people's dollars. 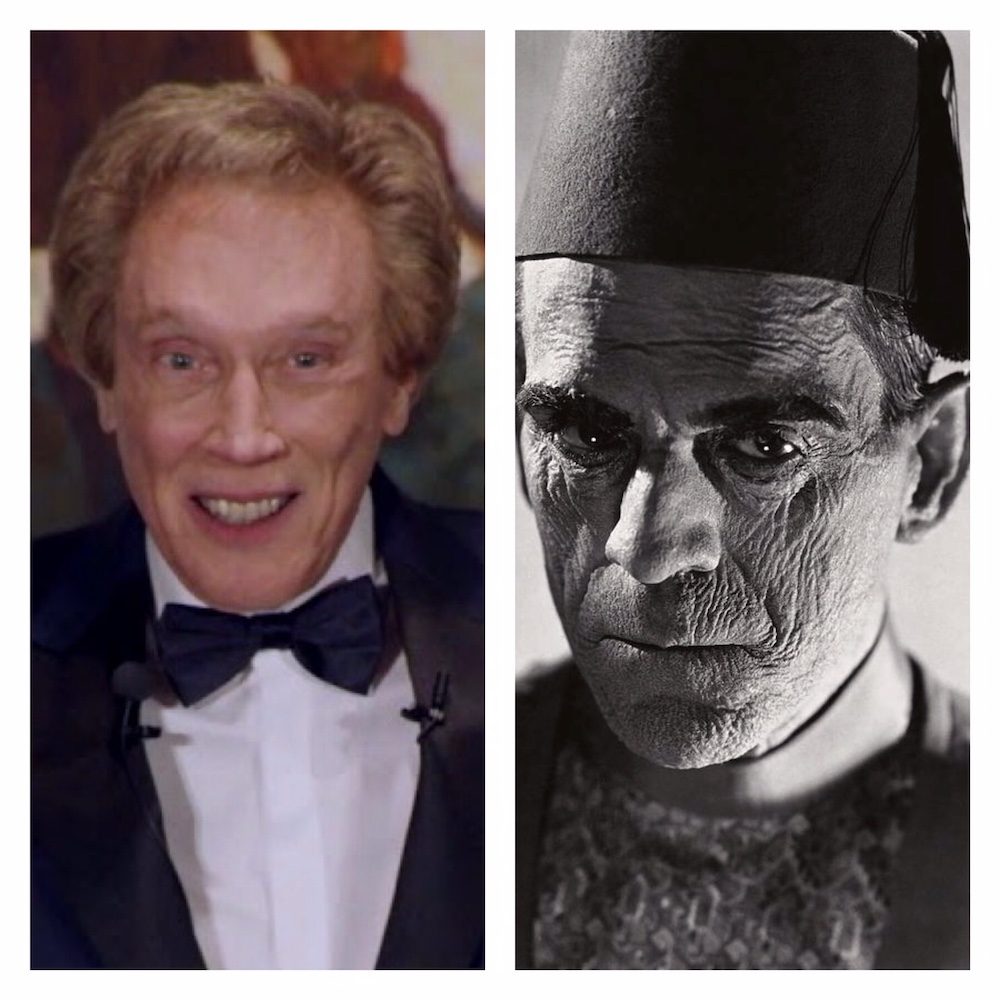 The Republicans? They're a sizzle reel with no sizzle.

Take businessman Perry Johnson. He reminds me of Boris Karloff from the 1932 horror film, "The Mummy."

In this version, a group of political strategists exhume the corpse of multimillionaire Perry Johnson, who appears to have been buried alive centuries ago. They bring him back to life by lighting fire to his fortune to pay for saccharine TV advertisements.

Suddenly, the form of a half-knowledgeable, half-animated man – moisturized by the smoke of wealth – emerges from his tomb.

Then there's Tudor Dixon, who seems to draw  inspiration from Princess Fiona of "Shrek."

Dixon sits patiently in her isolated tower, running an uninspiring campaign, waiting for someone to notice she's up there. She dreams of an Orange Ogre who will scale the wall (that Mexico will pay for) and free her from the curse of obscurity. This will be accomplished with the sweet kiss of an endorsement. 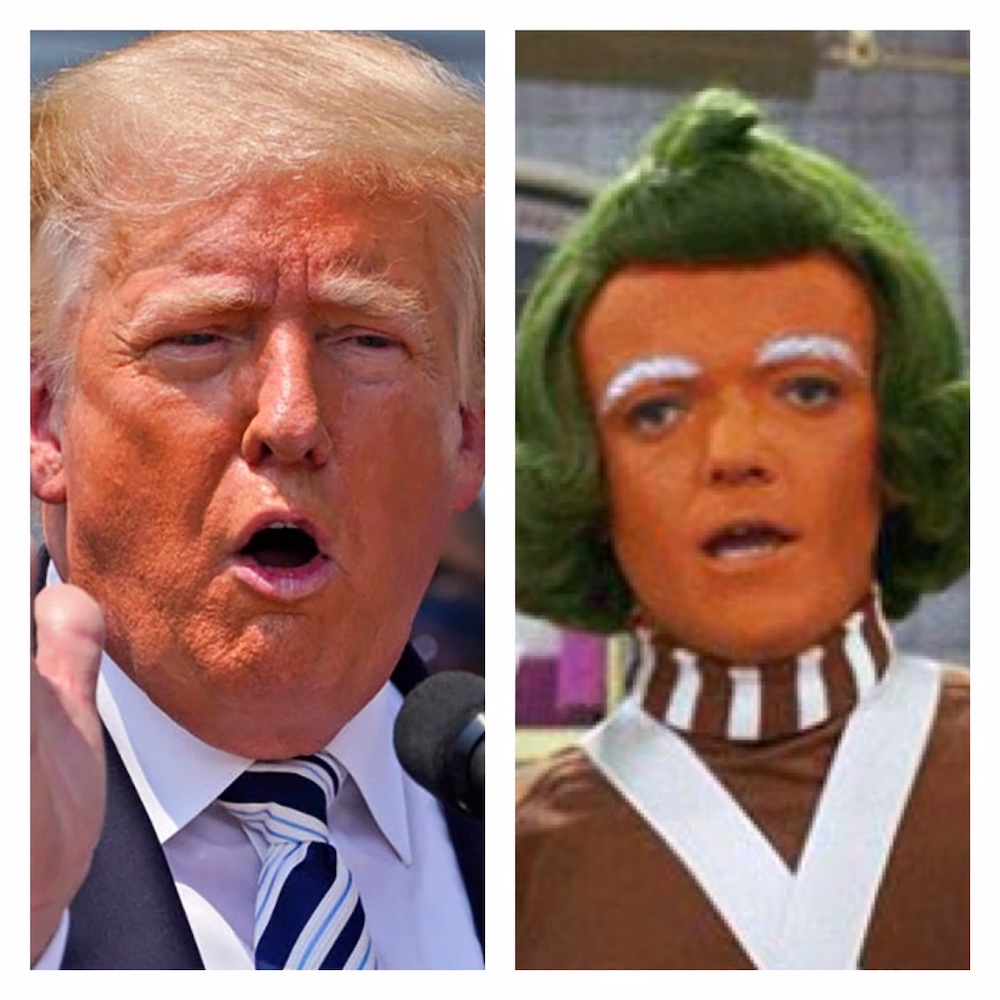 And last week, Trump did in fact give a shout-out to Dixon at his Macomb County rally. He said nice things about her, shook her hand, took a photo even. But he never consummated the marriage with the endorsement. Instead, Trump boarded a private jet and flew back to the land of Far-Far-A-Lago.

It seems that even Trump, the Willie Wonka of GOP politics, is bored with Michigan.

“Hollywood” James Craig was also at the Trump rally, but the Don didn't mention him. Trump, it is said, believes Craig lacks the physical stature or mental energy to fly the plane.

And Craig's campaign does appear to be on autopilot and quickly losing altitude. The Robo Chief cannot speak coherently about infrastructure either. Or tax policy. Or election fraud. Or even his personal postion on abortion.

So thin are his thoughts on current events, Craig might think it is now illegal to teach the word thespian to Florida kindergarteners.

What Craig does talk about – ad nauseam – is how he kicked ass and kept the city from burning during the Summer of Floyd while he was the chief of the Detroit police. 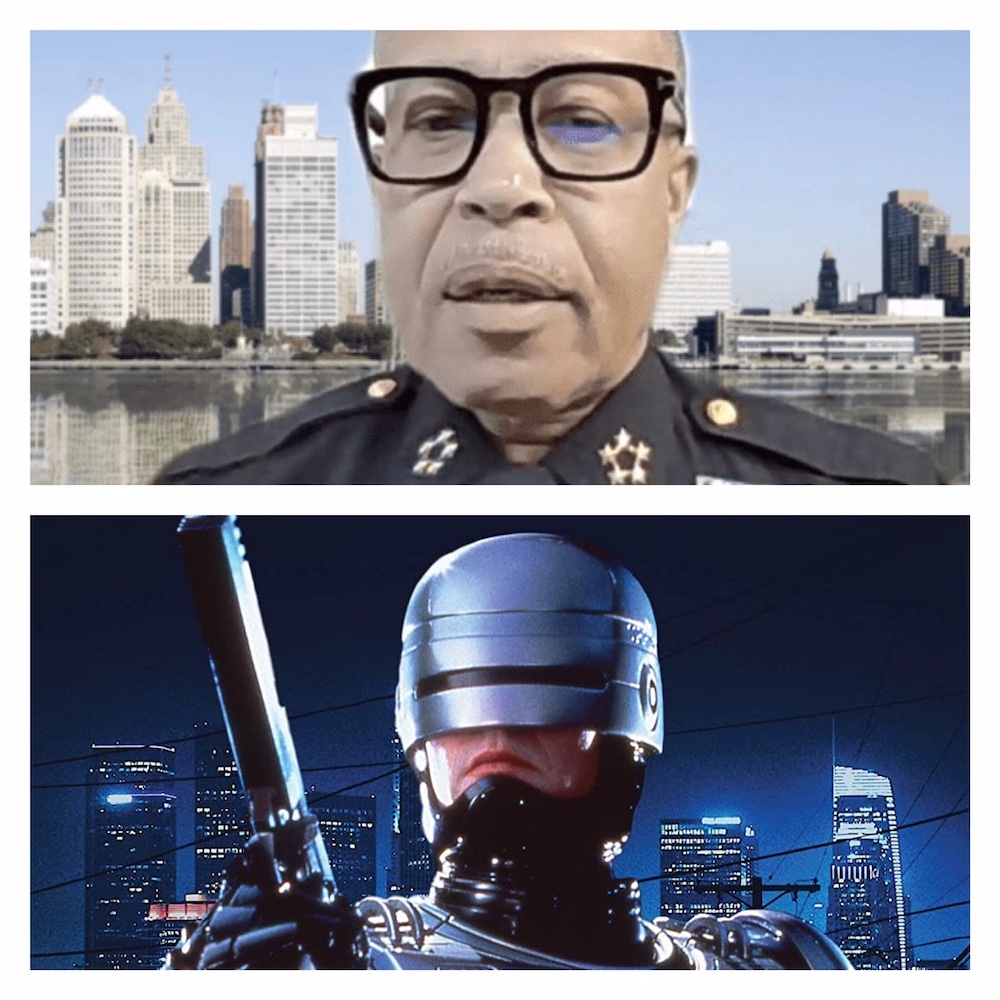 Craig's floundering campaign reminds me of his time as the Top Cop in the Motor City: a merry-go-round of command staff skippered by a boss uninterested in details. A man who simply pretends bad things aren't happening.

In the role of best supporting actor, there is Garrett Soldano, aka Dr. Strange. The chiropractor from Kalamazoo seems to be living in an alternate universe where the vaccinated are the ones spreading the coronavirus, an intellectual vacuum where “Covid is just a cold.” Somebody needs to tell the Silver Surfer you can't ride the pandemic wave if the tide has pulled back to the ocean.

Also bringing up the rear

Soldano's biggest competition in the category of runner-runner-up may be Kevin "Richie Rich" Rinke, the suburban car salesman who was sued for peppering the workplace with a generous sprinkling of N-bombs.

Renke's catch phrase is devilishly simple: “The American Dream is under attack.” 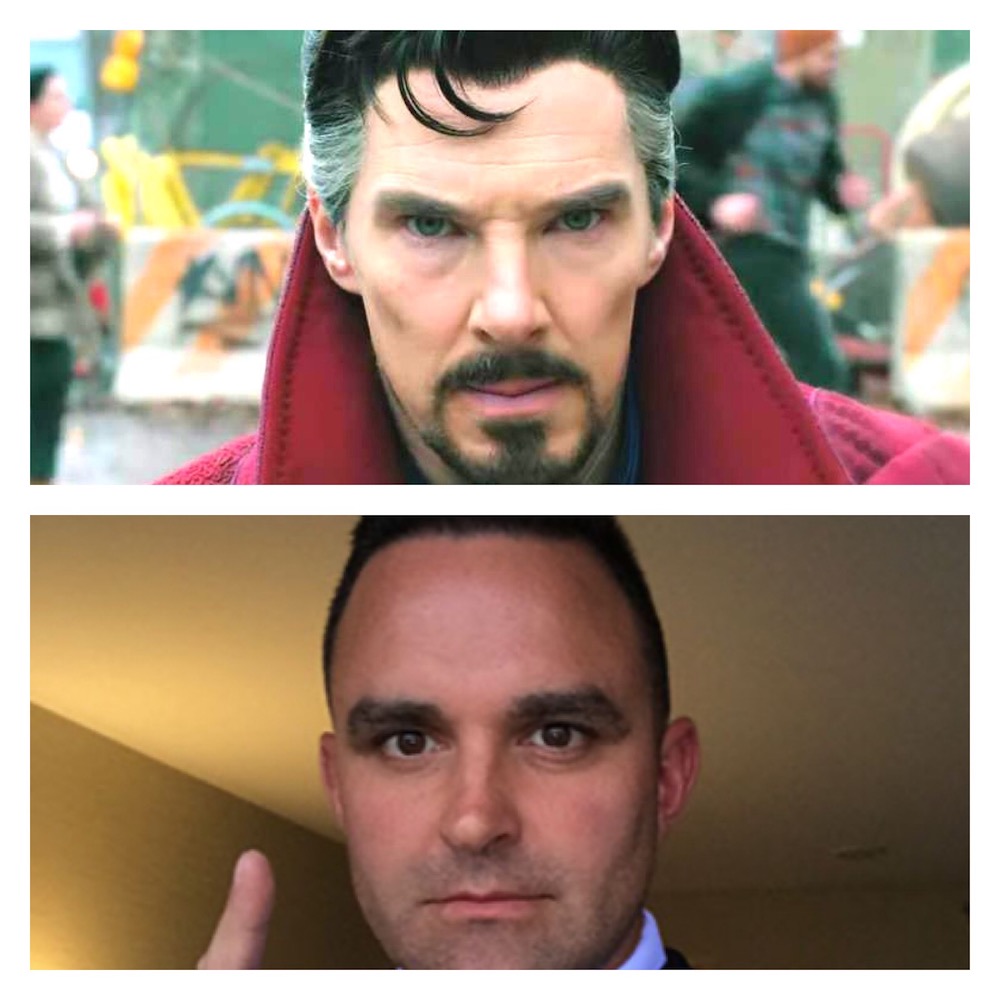 And he's right. Everybody should be able to inherit their daddy's car lot, blow millions of dollars on a vainglorious and vacuous governor's campaign, only to be reduced to handing out plastic cups of beer in the parking lot of a Trump tailgate.

Political observers anticipate the race for Michigan governor will be a national blockbuster. But if the opening act is any indication, we're in store for a real stink bomb.

Spoiler Alert: With the way this group of Republicans challengers are acting, we're in store for Gretchen: The Sequel. And you know how that movie turned out.

► Support our reporting and commentary by becoming a Deadline Detroit member for as little as $3 per month.