A Birmingham private school sidelines a teacher indefinitely after an ill-chosen "Introduction to Primates" handout spurs a wide outcry.

The Roeper School lesson worksheet below asks: "Which of the following are primates?" It's from curriculum materials just yanked from Duke University's website because of the furor. 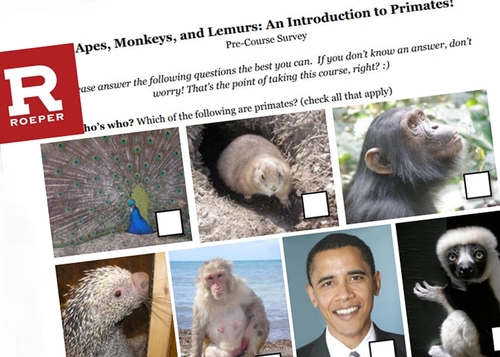 The unnamed Oakland County educator who gave it to upper-school students last week is on administrative leave, the school says Friday in a statement sent to Deadline Detroit and other media. "While the teacher has taken responsibility and admits the mistake of not properly vetting the resource," it says, "we know that is not enough and she has been placed on administrative leave until further notice."

Roeper also restricts visibility and access to its Facebook and Instagram pages as the story gets national attention at NBC News, Esquire, Yahoo News and elsewhere.

Damage-control steps come a day after the school for "gifted students" said simply: "We are aware of the lesson taught and continue to review the incident."

This incident is an ugly reminder that racism and damaging racist tropes are still very present today, even among prestigious institutions. As a community and a country, we should be far beyond such commonplace racist, ignorant tropes being used in our schools. 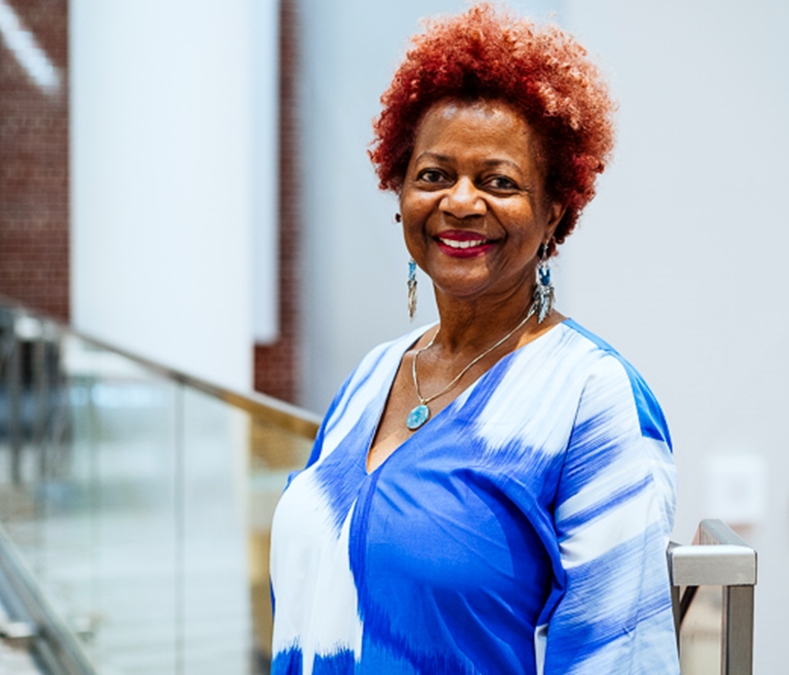 Carolyn Lett: "I couldn't believe it." (Photo: The Roeper School)

Carolyn Lett, diversity director at Roeper, tells WDIV that when the teacher chose the online lesson, "she had her biology hat on, but didn't realize the sensitivity and awareness she should have had culturally."

In its statement from a Royal Oak crisis communications representative, the elite school acknowledges "the disturbing racial offense" and adds:

The choice to use this piece of curriculum was completely inconsistent with our school’s philosophy and mission and we sincerely apologize for its use and the harm it has caused. ...

We must demonstrate greater care in the selection of content designed to guide our students. We remain committed to doing the important work of educating ourselves and the community in diversity, equity, inclusion and justice, and yet on this occasion, we did not live up to those core values. We know that our work in cultural competencies is vital and must be ongoing to ensure an inclusive learning environment for our students.

To that end, we will be immediately implementing the following: 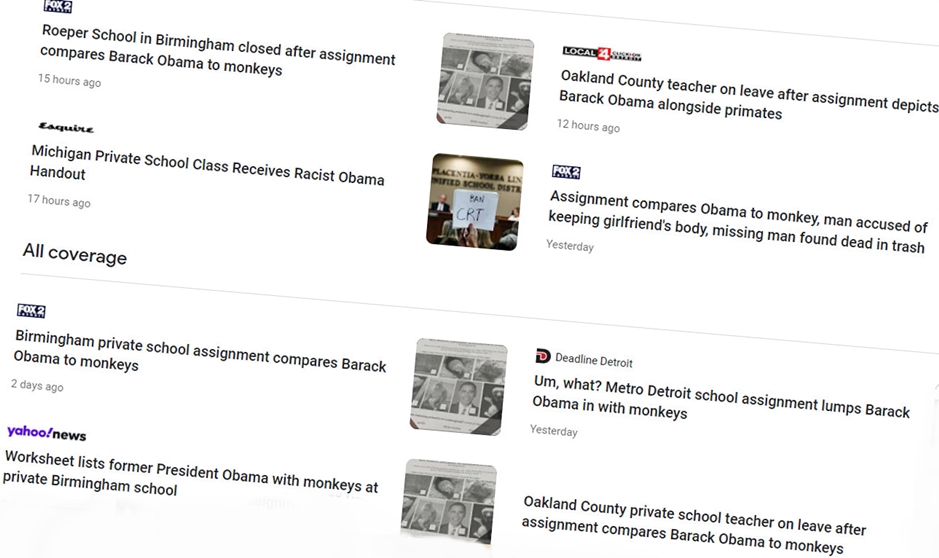 It turns out that the glaringly insensitive lesson was from a pair of Duke students and was on the Durham, N.C., university's website until Thursday.

"It appears the document was created in 2010 by two undergraduate students as part of an independent study course in evolutionary anthropology," the school tells Fox 2. "It was never used as a lesson plan in a Duke class or by a Duke faculty member, nor was it promoted as a teaching tool."

"There is no excuse. Do your due diligence. Look at the ... handout you’re passing out. Did she think that was okay in 2022 in a woke school?

"They think they’re beyond reproach because they're a private school."

Parents were generally unaware of the handout until the station's report, Dr. Karzanis says, adding: "That’s really when we learned the details."