A national security startup is letting Oxford Community Schools try a weapon-detection system for free for a year.

The Oakland distrtict recently picked ZeroEyes, a four-year-old firm based in Philadelphia, for a pilot program as part of its response to last November's high school shooting that killed four students. The platform uses artificial intelligence technology to flash alerts about guns detected on security videos.

"ZeroEyes' proprietary software will use existing security cameras to identify a potential gun as soon as it might become visible and send alerts to school administrators and safety personnel within three to five seconds," the company says Tuesday in a media release.

The platform is designed to detect the presence of a gun with extreme accuracy, then notify school administrators, school resource officers and local 911 dispatch. ...

Former United States military specialists monitor every detection ... so that they can deliver accurate and actionable intelligence about the brandishing of any gun detected near or in an occupied school.

Separately, the Pennsylvania business posts: "Human monitoring is what sets us apart. ... To reduce false positives, every alert goes through our operations center ... so we can verify the detection of any weapon before triggering real-time alerts."

However, the system -- which can't spot concealed firearms -- wouldn't have saved many seconds Nov. 30. When a 15-year-old sophomore pulled a 9mm Sig Sauer from his backback and opened fire in a hallway, police were called in under a minute. 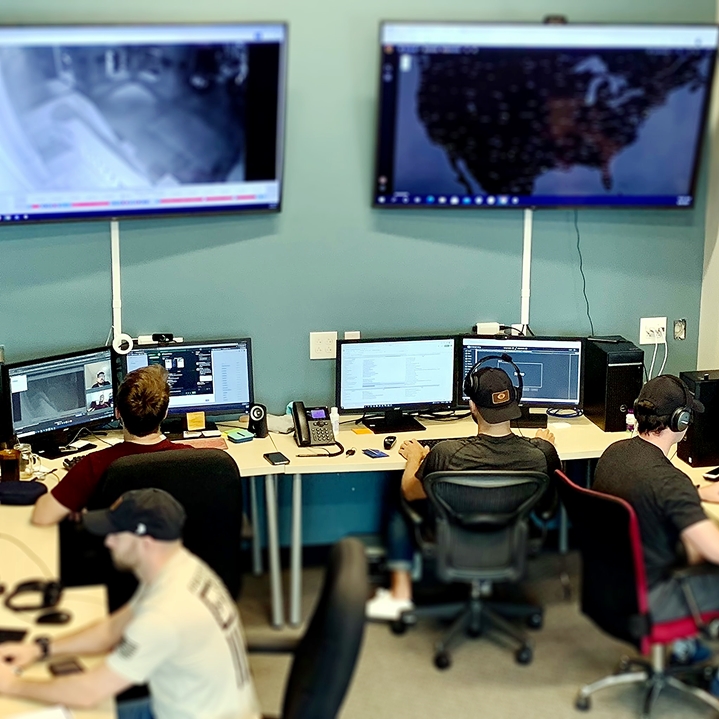 Video analysts at the operations center in Philadelphia.

Bridge Michigan speaks with a district administrator about its system test:

The school currently has more than 100 cameras, according to Jill Lemond, assistant superintendent of safety and operations for Oxford, and all of them have been synced with the artificial intelligence. ...

Oxford began trainings for the system in March and it has been in operation since April 13, according to Lemond. ...

She said after doing research on multiple companies with weapon-recognition software, she appreciated the veteran and law enforcement background workers at ZeroEyes have. "Number one thing for me is that they have a manned station," Lemond said. "... It isn’t just AI."

"ZeroEyes' AI does not record, store, or share video or images of students or others." its news release says.

The district would start paying next spring if it keeps the system. Bridge estimates the tab at roughly $60,000 a year, based on the firm's 2021 rate information and the number of high school video cameras.