Lapointe: On Memorial Day, a salute to gunfire victims of our cultural civil war 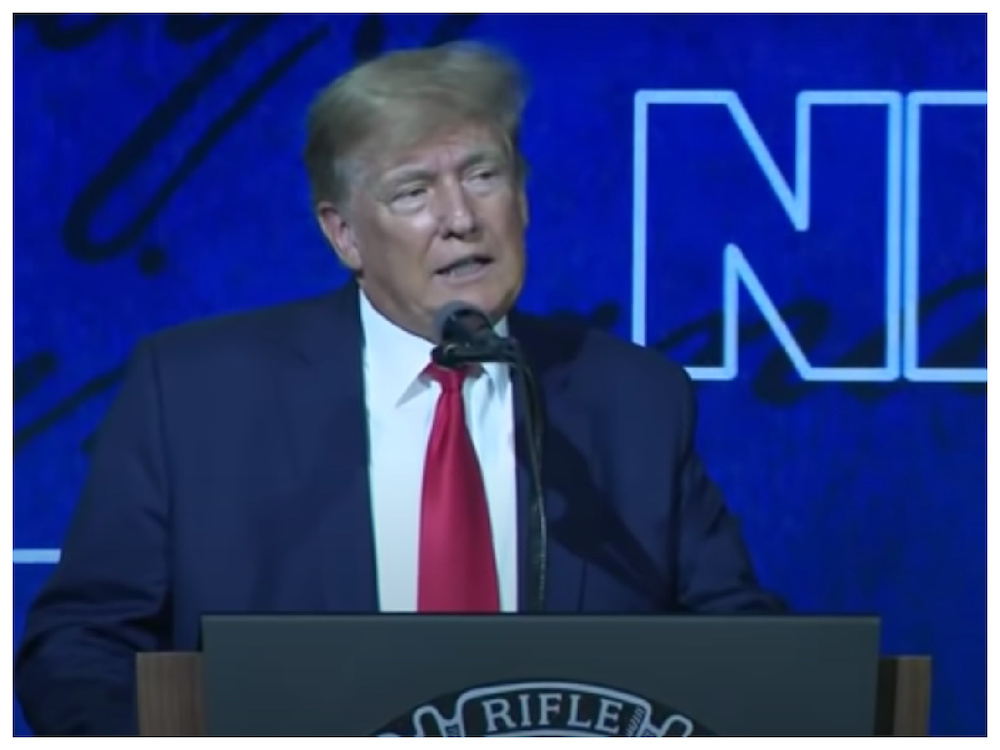 Donald Trump at NRA convention in Houston on Friday.

In yet another shameless burst of craven cynicism, former President Donald Trump spoke to the gun lovers of the National Rifle Association in Houston at the start of the Memorial Day weekend.

This just days after 19 children and two teachers were slaughtered by a Texas nut boy with his gun toy while cowardly cops cowered outside a classroom filled with bleeding, pleading, bullet-riddled bodies.

The “good guys with guns” were afraid to go in against the superior weaponry of the bad guy with an assault rifle. Pretending to mourn the dead at the NRA convention Friday, Trump called for a “moment of silence” and proceeded to fill it with non-stop noise.

He read the names of the 21 people murdered. After each name, the NRA played the loud chime of a bell, as if it tolled in sorrow.

Perhaps instead of a solemn bell, Trump could have played a recording of the sharp crack of a semiautomatic assault rifle firing a round into living flesh. After all, it’s the last thing those dead kids heard and felt.

'Exploit the Tears of Sobbing Families'

And then Trump – in an impressive display of projection -- used the moment to attack those who want to improve laws for gun safety.

“We witnessed a now-familiar parade of cynical politicians seeking to exploit the tears of sobbing families to increase their own power and take away our constitutional rights,” Trump told the cheering crowd.

The “constitutional right” for private citizens to bear arms is often cited after gun massacres. The theory evolves from the ambiguous Second Amendment to the Constitution, written in the 18th. century, to apply to state militias who used one-shot muskets. 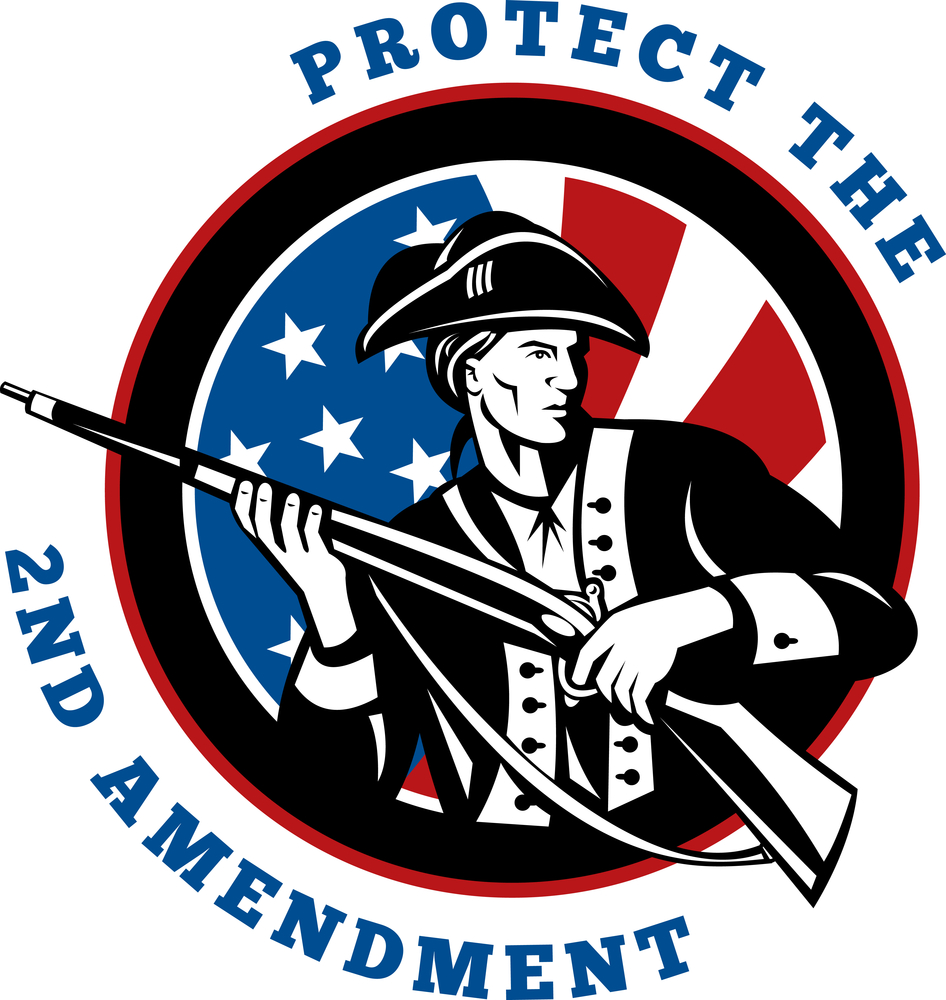 This was long before rapid-fire weapons were invented and gun massacres became an American blood rite of human sacrifice. And what else is implied in that poorly-worded amendment and its vague “right to bear arms?”

That was answered Sunday on Fox News by Rep. Mo Brooks, R-Ala.: “The Second Amendment,” Brooks said, “is designed to help ensure that we, the citizenry, always have the right to take back our government should it become dictatorial.”

Brooks, running for U.S. Senate in Alabama, didn’t cite “self-defense” or “stand-your-ground” or “hunting” or any other of the usual gun-defending talking points that are belched out by extremist news media like Fox News on cable TV or WJR on local Detroit radio.

No, Brooks used the same logic expressed by the Confederate States of America in 1861 when they started a violent revolution against the government of the United States to defend the “constitutional right” of Southern states to enslave human beings as if they were livestock.

According to the rebel philosophy of the time, the federal government had become dictatorial by limiting the “rights” of slaveholders. Therefore, slavery states like Brooks’s sweet home Alabama had the right to leave the union, own enslaved people and kill anyone who tried to stop them.

For those keeping score at home, the Civil War killed at least 600,000 Americans, probably many more. Oh, by the way, did you know Brooks was one of few in the House to vote against making Juneteenth a national holiday?

Loose talk on right-wing websites and radio broadcasts suggests that a second such civil war might be in the future for a nation that has more guns than people and a rising level of hatred, some of it irrational, accelerated by a stubborn health pandemic, increasing crime, abortion angst, racial reckoning and economic disruption.

Preposterous as such talk seems at first, it bears thought. Civil wars, big and small, happen in many civilized places for many reasons

Even if they don’t form a government and march on Gettysburg, fearful, angry, enraged people can cause a lot of trouble with their guns if whipped up by a demagogue like Trump, who has mastered the dark arts of propaganda to divide and enrage.

In the United States, our collective consciousness holds to a mythos that the good guy with a gun will always win and save us. It might be John Wayne clearing out the black hats in a frontier town or it could be cops or soldiers on a SWAT team rescuing hostages. It might be Rambo going back to 'Nam to win the damn thing. And Trump taps into that hard-guy, bad-ass undercurrent.

And in that guns eventually solve all problems, we wallow instead in pointless sidebar debates about “hardening our schools” and weaponizing our teachers and “more mental health treatment.” In the meantime, we sell weapons of war – hand-held murder machines – to mentally ill teenagers. No other nation on Earth does this.

On Memorial Day, Americans honor soldiers killed in wars, both international and civil. Let’s also include this spring the memories of civilians killed in their schools, supermarkets and other public places in our current, slow-motion, cultural civil war.

Then let’s ponder: Are we part of the problem or part of the solution? And how bad might this get?

Gun Money: NRA Campaign Gifts Of Up to $4,950 Help 6 Michigan Republicans in Congress, May 26