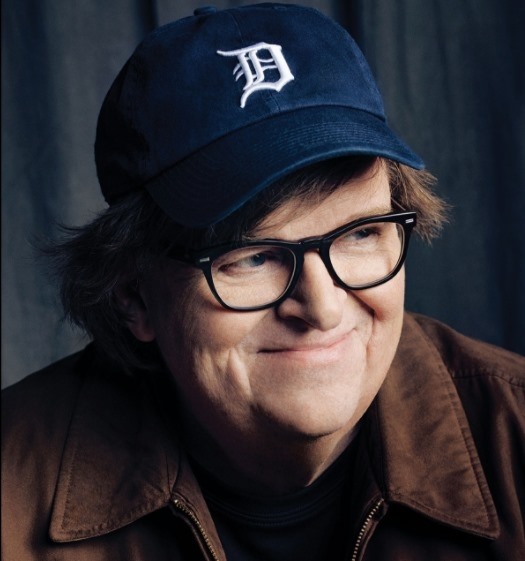 It has been 50 years since filmmaker Michael Moore delivered his high school commencement speech at Davison High School, a Flint suburb.

In a Substack column titled "The Graduate," he writes "In the face of injustice, I turned my head the other way." He also did something heroic.

Weeks before graduation, he writes "those of us with the 'good grades' were inducted into the National Honor Society." That meant they'd get flashy golden cords -- twisted rope with tassels to show on graduation.

"I found out that one of the 'A' students was not going to be given his honor cords. You see, Gene was confined to a wheelchair because he had cerebral palsy. Back in those enlightened days, society decided there was no way to teach students with disabilities inside schools, so they had to be homeschooled. And, as it was explained to me, his 'A’s' were not the same as ours, we who had attended 'real' classes, so he would not be given the esteemed golden cords to wear."

When he learned of the injustice, he writes, "I refused to accept my honor cords. A dozen or so other students joined me in the boycott. Yet the administration still refused to give Gene his cords."

His prepared speech, which was pre-approved by the administration, was rather mundane and predictable.

But when he got up to the podium at the school's football field, he started giving his speech, but then folded it up and said:

"I told the crowd how the school resembled too much the assembly line our fathers and mothers worked on at General Motors. Mind-numbing repetition and senseless rote behavior that was required by those in charge. Little room for freedom of expression or thought. Never question authority! We are to be the new cogs in the wheels of commerce and greed, I said. Is that truly why we are here on Earth? OBEY! WORK! SILENCE!"

He then told the crowd that he and others weren't wearing the gold cord because Gene was denied his. He went on:

So, Gene, on behalf of the school district, please accept my sincerest apologies — oh, and I have something here.” I pulled my 8th grade honor cords out of my pocket, hopped down from the stage, walked up to him and said, “These are for you.”

Now comes the part he feels shame about.

Just before the ceremony, the assistant principal reprimanded a student for not wearing a tie under his graduation gown. The kid insisted he did have a tie: a two-string “bolo” that his father wore.

Nonetheless, the assistant principal kicked him out and blocked him from participating in the ceremony and getting his diploma. Moore notes that it was the same administrator "who two months earlier had beaten me with a sawed-off cricket bat for not having my shirt tucked."

"I watched Timmy start to tear up and slowly walk away from all of us standing there in shock. But that’s not the worst part of this story. The worst part is that I stood there and said nothing. I witnessed this act of cruelty and did nothing to stop it. Did I mention that five days earlier the town elected me to the school board, meaning I was this sadist’s boss? I could have shouted 'NO! ENOUGH! TIMMY, GET BACK IN LINE! AND YOU, YOU BASTARD, YOU ARE NOT TO LAY A HAND ON HIM OR I SWEAR I WILL CLEAN YOUR CLOCK!'"

"I said none of that. I remained silent, and to this day the shame I still feel for standing there and doing nothing is so intense that I’ve sat here now for over a day trying to write this weekly letter to you and realizing I would have to admit my inaction, my culpability, and say very publicly that of all the regrets I have in my life, this one, this few seconds of turning my head the other way, hurts me the most."