Tensions over the direction of Grosse Pointe's public schools appear to have given rise to the planned opening of the Hill Pointe School, a public charter backed by conservative Hillsdale College, in 2023. 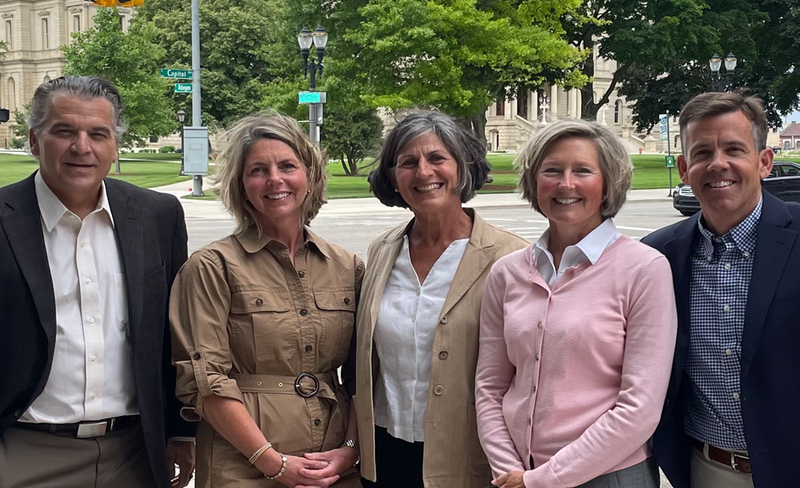 Little is known about the school beyond what's on the website: That it will be tuition-free (like all charters), and offer a so-called "classical curriculum," described as having "a significant focus on virtues and values. The inspiration is to create a school open to all students offering education in the humanities, math, sciences, and arts, much like the once-traditional public education their own generation had received."

"The teachers will use both lectures and use the Socratic Instruction Method, asking students questions and encouraging them to formulate their own questions," the website states.

Hillsdale College has been expanding into K-12 education in recent years, with mixed success. A recording of President Larry Arnn speaking at a closed-door reception with the governor of Tennessee caught him claiming “teachers are trained in the dumbest parts of the dumbest colleges in the country" and “You will see how education destroys generations of people. It's devastating. It's like the plague.” The criticism sparked pushback from teachers and others in the state, as well as rejection of the curriculum by at least one Tennessee board.

The Grosse Pointe charter would open to K-5 at first, and add grades every year, eventually expanding to K-12. Hillsdale will provide the curriculum, and the board is "currently in the process of securing an authorizer." Charter schools in Michigan must have an authorizer, either a public school board or a college or university. Choice Schools Associates will be the managing partner.

The Grosse Pointe Public School System has been the focus of a conservative push in recent years, with candidates for the school board running as a slate in the last election. Two of the four gained seats, but still constitute a minority on the board. They have expressed concerns over curriculum, mask mandates, enrollment and financial management.

The Hill Pointe School does not have a location yet. The recent closing of two elementary schools in Grosse Pointe would be obvious choices, but would also require the approval of the current board.

The Hill Pointe School did not immediately return an interview request. Jon Dean, superintendent of Grosse Pointe Public Schools, said Tuesday, "I don't know anything about this school. I know a lot about the Grosse Pointe public schools, and we provide an excellent education for all the students in our community." The district sent a record number of graduates, 94, to top 50 colleges and universities this year.

"We’ve done some great things in this district and we continue to do great things," Dean said.