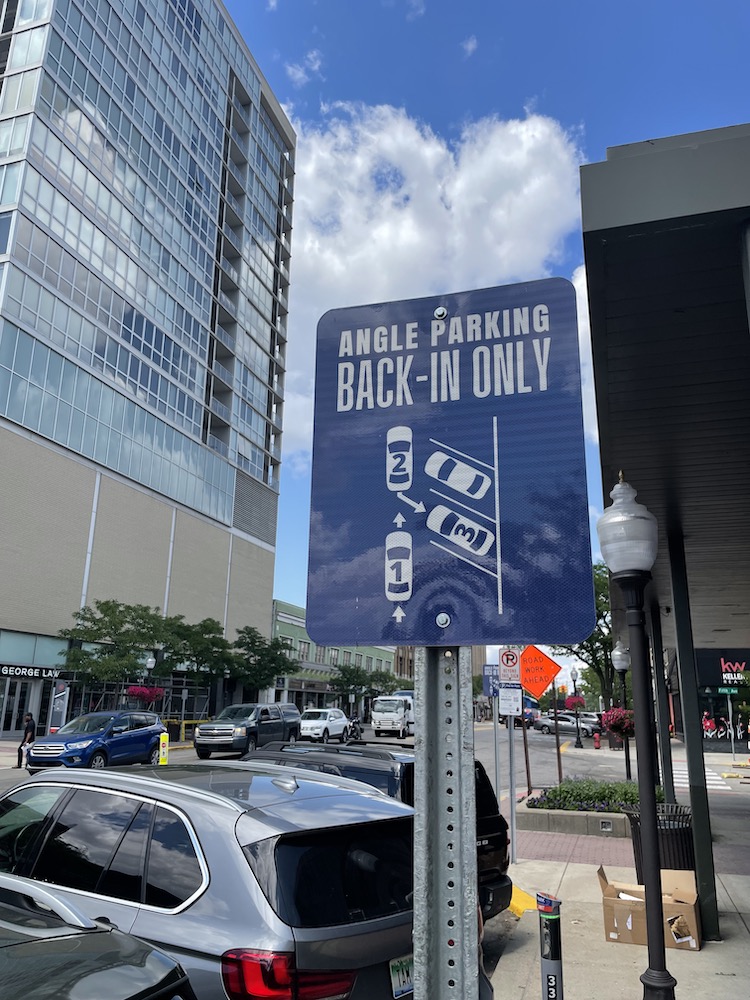 Parking has become a hot-button issue in downtown Royal Oak, where drivers who want spaces on Washington Avenue and Seventh Street must now back into them. Many hate it, and store owners say it's bad for business.

It began last year when the city installed a new parking system with cameras that require a view of cars' rear license plates. Thus, in angle spots, backing in is required. (The system is designed to make it easier for the city to issue tickets. They're $20 and mailed.)

Some motorists say they have difficulty backing in, and can tie up traffic both ways. Store owners say customers frequently complain.

Other streets in downtown Royal Oak have the same parking system, but drivers parallel park.

The city says the angle parking on Washington and Seventh enables it to offer more parking spaces. Royal Oak Police Chief Michael Moore claims backing in is actually safer, because drivers can see traffic better when they pull out.

However, WXYZ reported in June that police said there had been a few crashes under the new system, but no injuries.

For now, those who pull in, rather than back in, have not been ticketed. That's likely to change.

The city says it has no immediate plans to make changes to the system, despite mass complaints. But it has commissioned a parking study to examine the parking needs of downtown Royal Oak.

Deadine Detroit went there recently to talk to drivers and store owners.