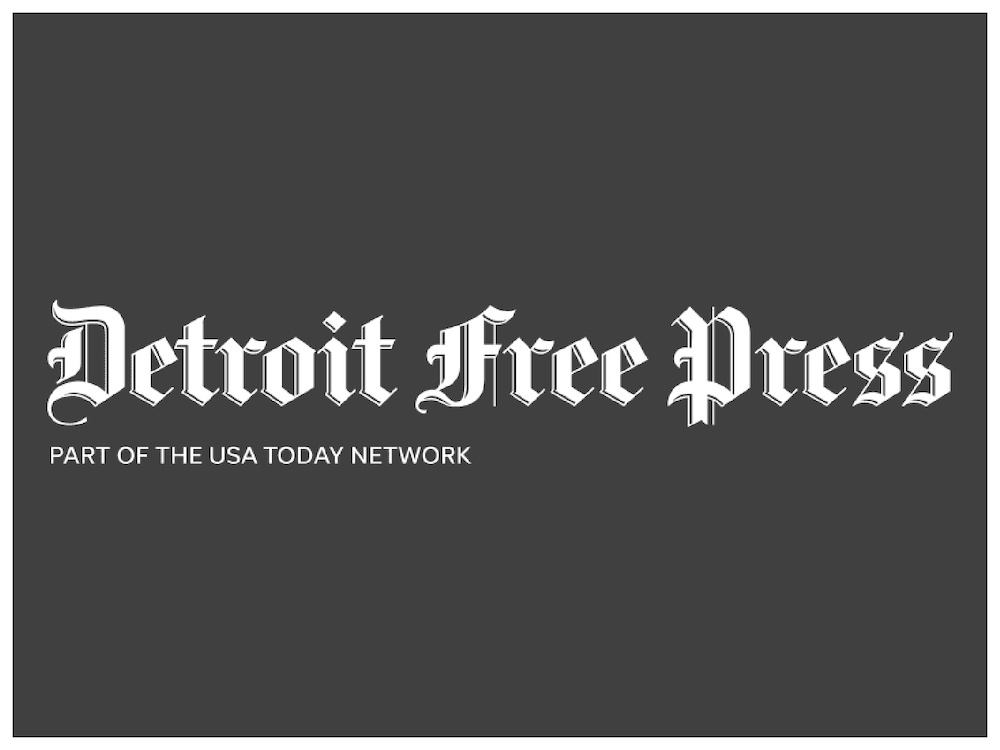 In the mid-1980s my dream of working at a major U.S. newspaper was destroyed when a company called Gannett acquired The Detroit News. I was hired by The News because I had experience in a highly competitive journalism market and when I joined the publication it was engaged in a fierce competition with the Detroit Free Press. Conventional wisdom had it that Detroit couldn’t support two newspapers, and the News and Freep were engaged in a do-or-die war to put each other out of business.

Gannett didn’t like competition, and the company immediately negotiated a truce with Knight Ridder, the owner of the Free Press. The two companies took advantage of the Newspaper Preservation Act, which allowed them to merge their business operations providing they maintained separate newsrooms. I bolted before the so-called joint operating agreement (JOA) was finalized, as sharing a corporate bed with the Freep was abhorrent to me.

A brilliant and feared local journalist named Matt Beer and I partnered to create a feisty independent tabloid modeled after the Toronto SUN. The SUN was launched in 1971 by former journalists of the Toronto Telegram, which folded after the broadsheet’s owner concluded he couldn’t profitably compete with the mighty Toronto Star and the establishment Globe and Mail. No one thought a conservative city that was still known as “Toronto the Good” could support a racy tabloid featuring a daily scantily dressed “SUNshine Girl,” but they were wrong. The tabloid was a huge success.

Beer shared my low regard for the managements of Gannett and Knight Ridder, and we were confident that we could beat them launching our tabloid, which we dubbed the Detroit SUN because we thought the Sun name had good karma. Tabloids thrive on crime and sports, and Detroit was begging for one. But when we tried raising money everyone doubted that a startup run by a couple of rag tag journalists could compete with two of the biggest newspaper chains in the country. The marketing campaign Beer and I put together caught the attention of a highly regarded local advertising agency, which made me a job offer I couldn’t refuse.

The Detroit SUN never saw the light of day.

Gannett and Knight Ridder promptly proved Beer and I were right in viewing their managements as dimwits. Immediately after getting their JOA approved, they jacked their advertising rates three-fold. Southeastern Michigan in the mid-80s was dominated by local businesses with grit, and they refused to pay the higher costs. Having gotten a business monopoly, the chains thought it an opportune time to break the local unions, forcing a bitter strike that resulted in the cancellation of subscriptions. In those days, union solidary in Detroit was considerably more formidable than it is today.

Gannett diminished the Detroit News by eliminating its morning print edition and took other measures to gut the publication. Even with a newspaper business monopoly, Gannett and Knight Ridder lost money for years. 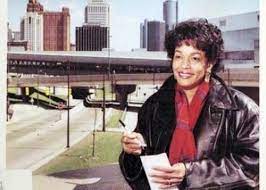 Gannett subsequently dumped the News and acquired the Free Press, whose journalism is a far cry from the publication’s former glory when it had people like Susan Watson, Bill McGraw, David Ashenfelter and Kurt Luedtke. Underscoring its lost influence and competitiveness, when Ford CEO Jim Farley recently leaked that he planned to fire 8,000 employees, or 26 percent of his U.S. salaried workforce, he gave the story to Bloomberg.

Gannett, to its credit, was a pioneer in championing inclusion and diversity. Even in the 80s, it mandated its newspaper managements to promote Blacks, and editors were literally paid a bonus for every Black journalist they hired. That didn’t sit well with many accomplished Black journalists, who didn’t want the perception they were hired because they were Black. Shortly after Gannett took over the News, longtime Black journalists staged a byline strike, alleging that Gannett’s newly hired managers were racist. The best Black journalists had the same disdain for Gannett’s lightweight editors as did white journalists.

Gannett continued to grow over the years and acquired daily publications that punched way above Gannett’s journalism weight. The company ultimately Gannettized them, sucking out their local uniqueness and turning them into soulless content creators packaged as mini me versions of USA Today, the company’s flagship publication. The Free Press is designed and edited in Kentucky by people who likely can’t pronounce Gratiot let alone know where the street is.

Gannett had various managements over the years, but the ties that bound them were ineptness, bad ideas, and excessive compensation. As recently as 2017, Gannett was paying a former Wall Street Journal editor with no local newspaper experience $2.5 million to serve as chief content officer and editor of USA Today.

Gannett was acquired in 2019 by GateHouse, another media chain known for even more aggressive cost cutting and low-quality local journalism, underscored by the fact that GateHouse opted to adopt the Gannett name. The combined enterprise controls hundreds of local media outlets in 46 states, and Newsquest, which operates 120 local media brands in the UK.

A reporter who I regard as far-and-away the best journalist on his beat recently confided that he opted to leave USA Today after attending a meeting and someone complained there were too many white faces in the room.

Another recent USA Today disgrace was the revelation that Gabriela Miranda, a breaking news reporter, used fabricated sources in about two dozen articles the publication was forced to delete. Miranda, who formerly covered education and the Hispanic community at the Gainesville Times in Georgia, was a young reporter who possibly cut corners because the pressures of covering breaking news were too formidable. I blame USA Today editors for failing to adequately supervise Miranda, but a former reporter who is in touch with former colleagues told me no editors faced any consequences.

Yet another USA Today disgrace was allowing failed Georgia gubernatorial candidate Stacey Abrams to extensively revise her published commentary supporting those who chose to boycott businesses in the state because of its election laws. Two days after Abrams’ commentary was published, Major League Baseball announced that it was pulling the 2021 All-Star Game out of Atlanta because of the state’s voting law. The legacy media cited the stealthily edited commentary to defend Abrams that she wasn’t responsible for MLB’s decision.

Compounding USA Today’s shame was the publication received a grant from Facebook to “fact check” stories.

USA Today’s unadulterated wokeness was captured by Christian Toto in his takedown of the Virginia-based publication’s recent humorless feature on comedy. If I worked at USA Today, I’d likely drown myself in the Potomac, no doubt to the delight and applause of the wokesters running the place. 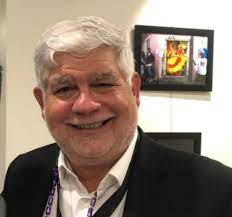 Detroit is fortunate that Freep editor Peter Bhatia is of a considerably higher caliber than the empty suits who run most Gannett publications, but he’s been forced to carry out some of his corporate bosses’ misguided decisions. One of them was firing former editorial page editor Stephen Henderson because of some pretty dubious sexual harassment charges. A source with good contacts at the Freep told me Bhatia didn’t want to fire Henderson, but his Virginia bosses overruled him.

Gannett earlier this month reported disastrous second quarter earnings, racking up a loss of $54 million on revenues of $749 million. Gannett CEO Mike Reed said the company must slash and burn more employees to “responsibly and proactively [align] resources to our highest strategic priorities and [lower] costs to be in line with revenues.” One way to achieve that alignment would be for Reed to cut his $7.7 million annual salary, but he appears to get compensated by the gallons of employee blood he spills. Reed reduced Gannett’s overall headcount by 24 percent in 2021.

Here’s how little regard Wall Street has for Gannett and Reed’s leadership. 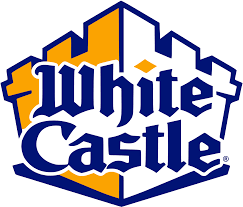 The company is valued at this writing at $375 million. By comparison, Cox Enterprises just agreed to pay $525 million to acquire Axios, a publication founded a mere five years ago by a trio involved in the launch and success of Politico.

Hands off the Freep

Michigan’s business leaders should send a strong message to Reed that he better keep his bloody hands off any Freep journalists. Gannett has caused so much damage to Detroit journalism that it should be forced to pay reparations. While the Freep lacks the stature it once did, I must grudgingly admit it’s still better than most dailies, including the Los Angeles Times, my hometown publication.

When the Freep auto writers aren’t slobbering over Farley and GM CEO Mary Barra, they do some impressive work. I’m also a fan of JC Reindl. The recent hiring of M.L. Elrick, a heavyweight reminiscent of Detroit’s golden age of journalism, is most heartening.

Still, the News, having escaped the clutches of Gannett, is the better publication. And the recent hiring of Charlie LeDuff was a great addition, as he’s also an elite journalist and relentless in his drive to keep Michigan politicians accountable.

Matt Beer died in 2003, but I still believe our Detroit SUN idea was sound.

Reach the writer at eric@starkmanapproved.com. Confidentiality is assured.