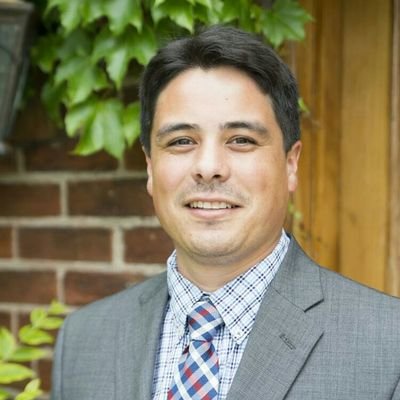 Shane Hernandez: "I disavow any such sentiments." (Photo: Twitter)

Shane Hernandez, the Republican nominee for Michigan's lieutenant governor, removed a Twitter photo of him in front of a flag of the Three Percenters movement, an  anti-government militia.

After the message and photos were deleted Saturday, he tweeted:

Regarding my last post, I bought 8oz of honey from a small business owner, and he wanted to take a picture with me at his booth. When I posted the picture, I did not notice the flag in the background. I disavow any such sentiments.

The image was one of three in a tweet Hernandez sent out about a visit to a farmers market in Port Austin in Michigan's Thumb. He posed next to a man with the flag.